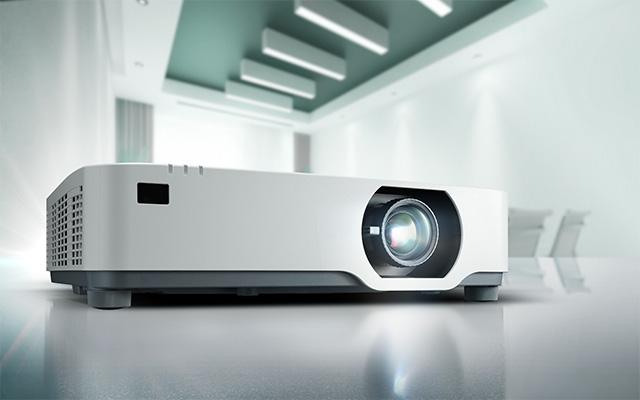 NEC’s P605UL Laser Projector Is Quieter Than A Whisper

NEC is already responsible for the world’s quietest laser projector, having unveiled the P525UL last year to much fanfare. That projector was capable of emitting just 24dB of sound when in eco-mode, but clearly that was still too loud for NEC’s expert engineers. That’s why NEC Display Solutions Europe is now showcasing that projector’s successor, the P605UL, which is even quieter.

At just 19dB of noise emissions in eco-mode, the NEC P605UL is the company’s quietest projector yet. In fact, 19dB is quieter than the average whisper. In fact, it’s so quiet that users will be unlikely to hear any sound at all, allowing them to get on with the meeting at hand, rather than worrying about the whirring of projector fans.

“Audiences have traditionally had to sit in darkened rooms and to cope with fan noise intruding upon the presentation. That’s why NEC has engineered our latest generation of projection devices to eliminate virtually all noise while refusing to compromise on image quality.”

Despite the near-silent operation, the NEC P605UL is still packed with all the features you would expect from a laser projector. This includes 6,000 ANSI lumens of brightness and support for 4K at 30fps, as well as a long life time with no maintenance needs. There’s no need to change lamps or filters, and the P605UL should still keep going for 20,000 hours of operation.

NEC is targeting its new P605UL projector as ideal for boardrooms, classrooms and lecture halls – all places where near-silent operation would be welcomed. It does, however, see other areas where the projector could work, such as in retail stores or at large venues. After all, laser projectors are some of the most flexible in the marketplace, especially for those who just want to install the projector and forget about it.

The new P605UL projector will be available from the end of July 2019, pricing has yet to be announced.