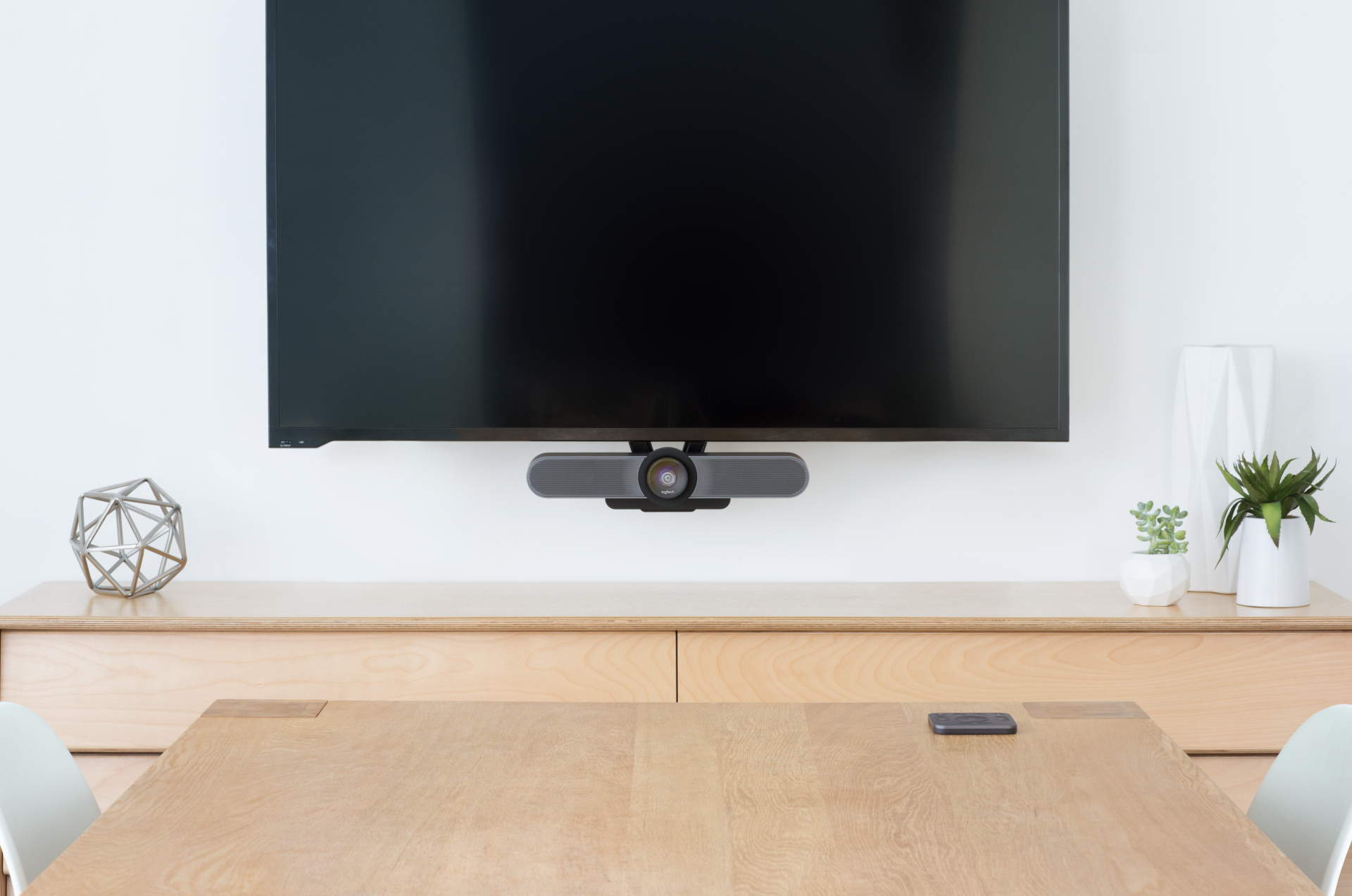 Logitech is gunning to be the dominant player in the huddle room space, with the company announcing a new premier conference cam offering, dubbed the Logitech MeetUp.

Designed specifically for small conference rooms and huddle rooms, MeetUp’s 120-degree field of view makes every seat at the table clearly visible during a meeting. With acoustics custom-tuned for huddle rooms and a compact all-in-one design that minimises cable clutter, MeetUp is USB plug-and-play designed to work right out of the box.

“As companies move to open floor plans, huddle spaces are becoming increasingly popular in workplaces today. But until now, the devices in these meeting spaces have been scaled-down versions of large room systems, offering a subpar video experience,” says Scott Wharton, vice president and general manager of Logitech Video Collaboration.

“Logitech MeetUp is purpose-built for the huddle room and its unique video and audio requirements, making sure everyone at the table is clearly seen and heard. It provides a truly remarkable collaboration experience.”

Logitech isn’t the only company vying for dominance in the huddle room. In fact, the vast majority of corporate AV companies are specifically targeting the smaller spaces as they continue to grow throughout offices worldwide.

“In our recent State of the State report on Enterprise Video Conferencing, we estimate that there are 30-50 million huddle rooms globally, and that affordability, self service, and ease-of-use will be key factors for video adoption in these rooms,” says Andrew W. Davis, senior analyst and partner at Wainhouse Research.

“Logitech MeetUp meets all the criteria for success in these meeting spaces. It’s a sleek, simple, and affordable solution that has been designed from the ground up for small conference rooms.  Logitech’s prowess in audio-video for real-time communications combined with the all-in-one design of MeetUp makes it very easy for customers to extend their video conferencing deployments.”

Logitech MeetUp is designed to work with virtually any video conferencing software application and cloud service, including Skype for Business, Cisco collaboration applications, and all Logitech Collaboration Programme partners such as BlueJeans, BroadSoft, Vidyo and Zoom.

MeetUp captures a super-wide 120-degree field of view with the option to pan an additional 25 degrees to the left and right. A Logitech-engineered, low-distortion lens, UltraHD 4K optics, and three camera presets deliver a premium video experience. MeetUp has integrated audio optimised for huddle room spaces, delivering an exceptional sound experience. Three sound-isolating mics and a voice-optimised speaker help ensure everyone is heard as clearly as they are seen. MeetUp is Microsoft Cortana certified for precision voice commands with any Windows 10 system. For larger rooms, where meeting participants are more than eight feet from the microphone, customers may also purchase the Logitech Expansion Mic for MeetUp.

Logitech also introduced its ConferenceCam Soft Remote, an app that easily turns a smartphone or tablet into a remote control for Logitech MeetUp. ConferenceCam Soft Remote features all the controls available on the Logitech remote. It is compatible with both Android and iOS devices and will be available in July free-of-charge from the Google Play or Apple app stores.