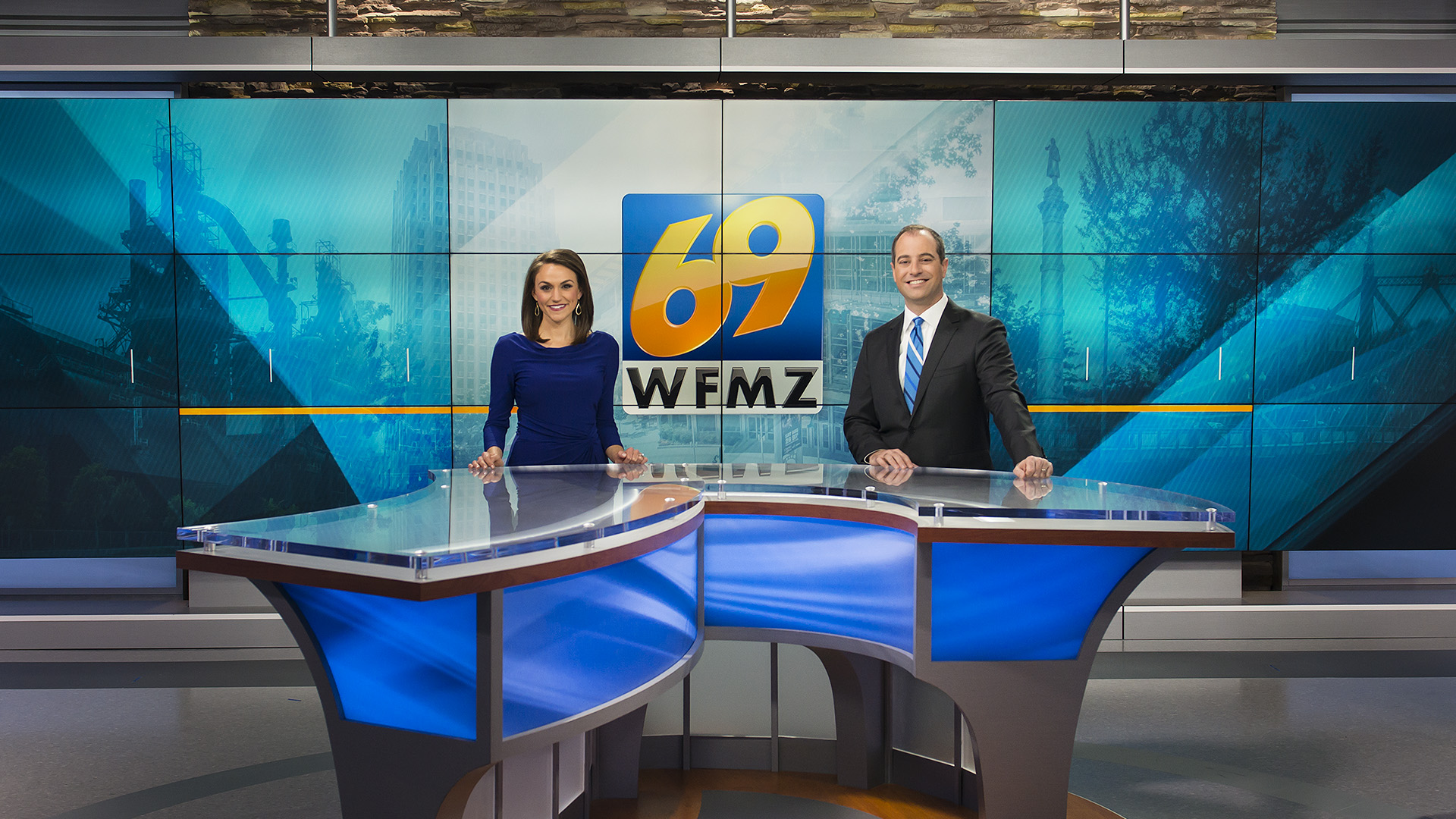 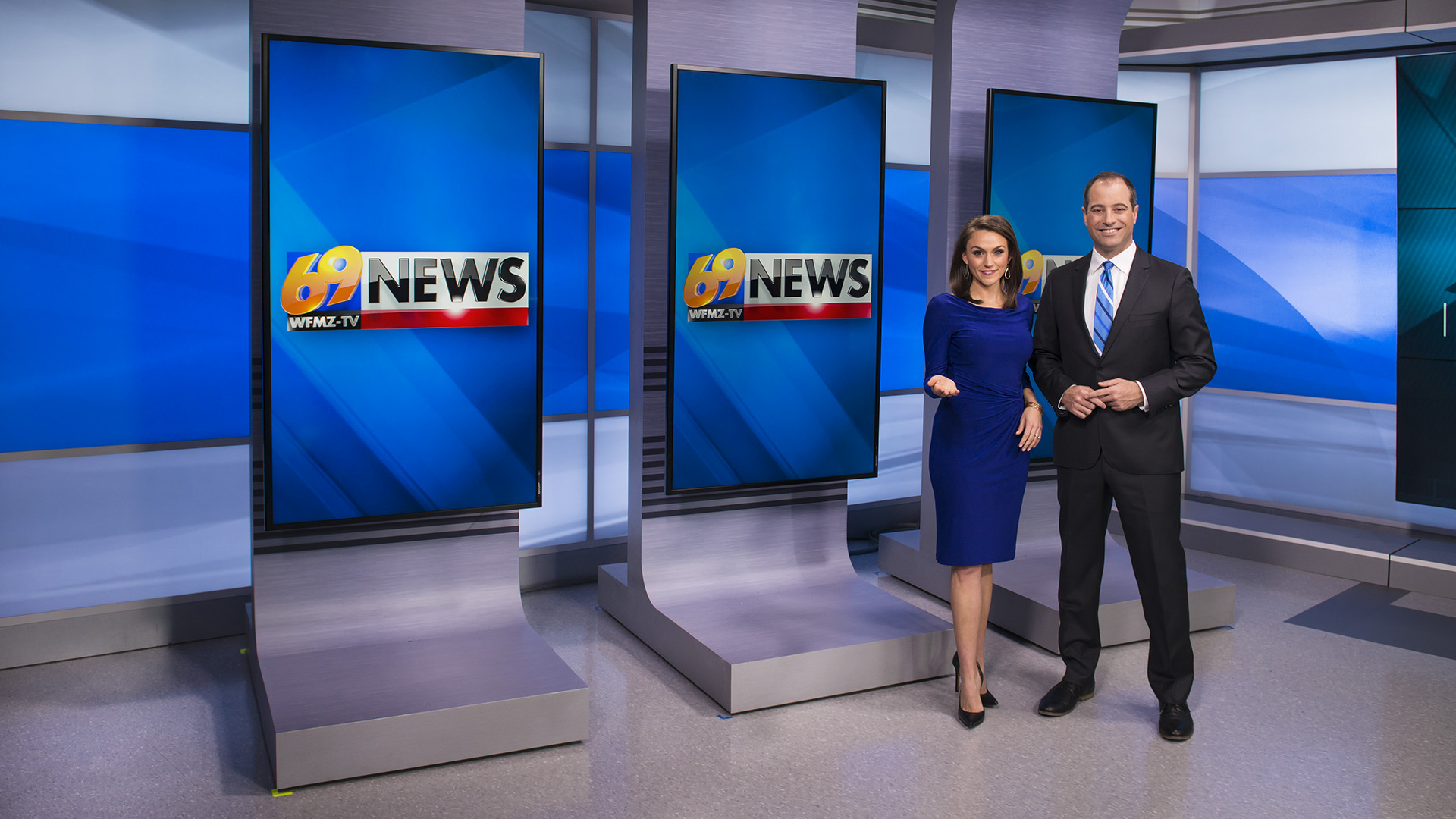 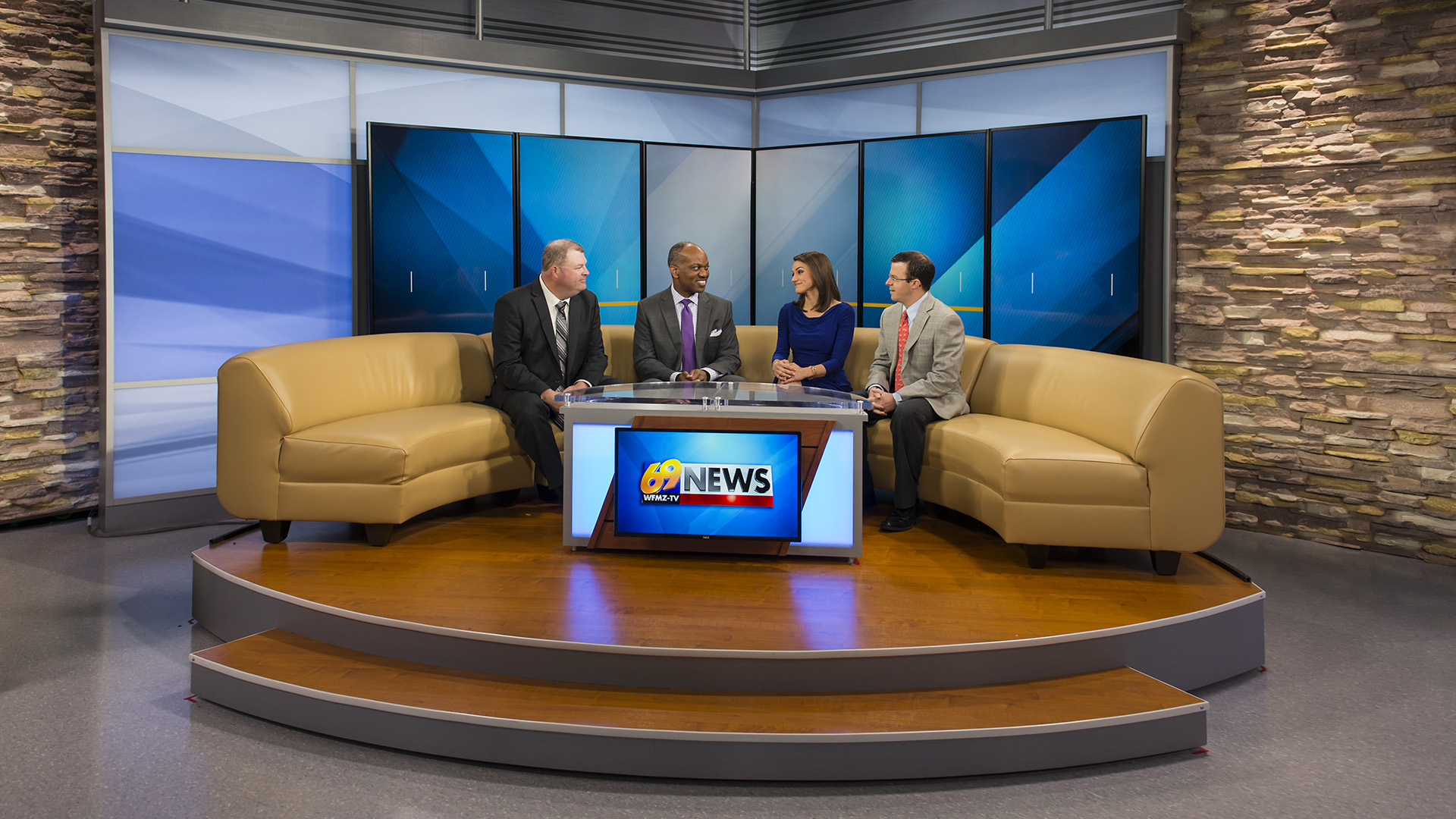 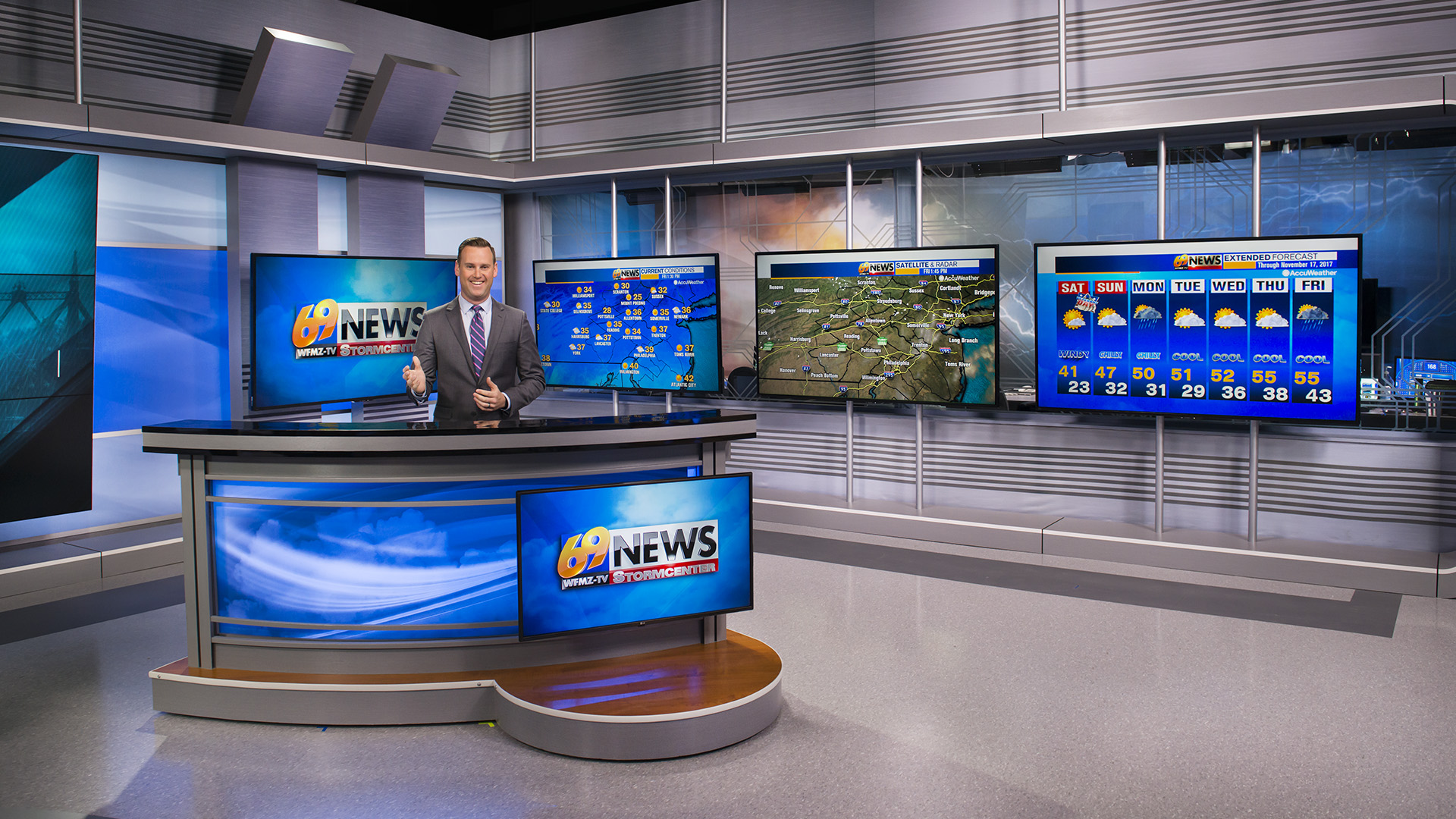 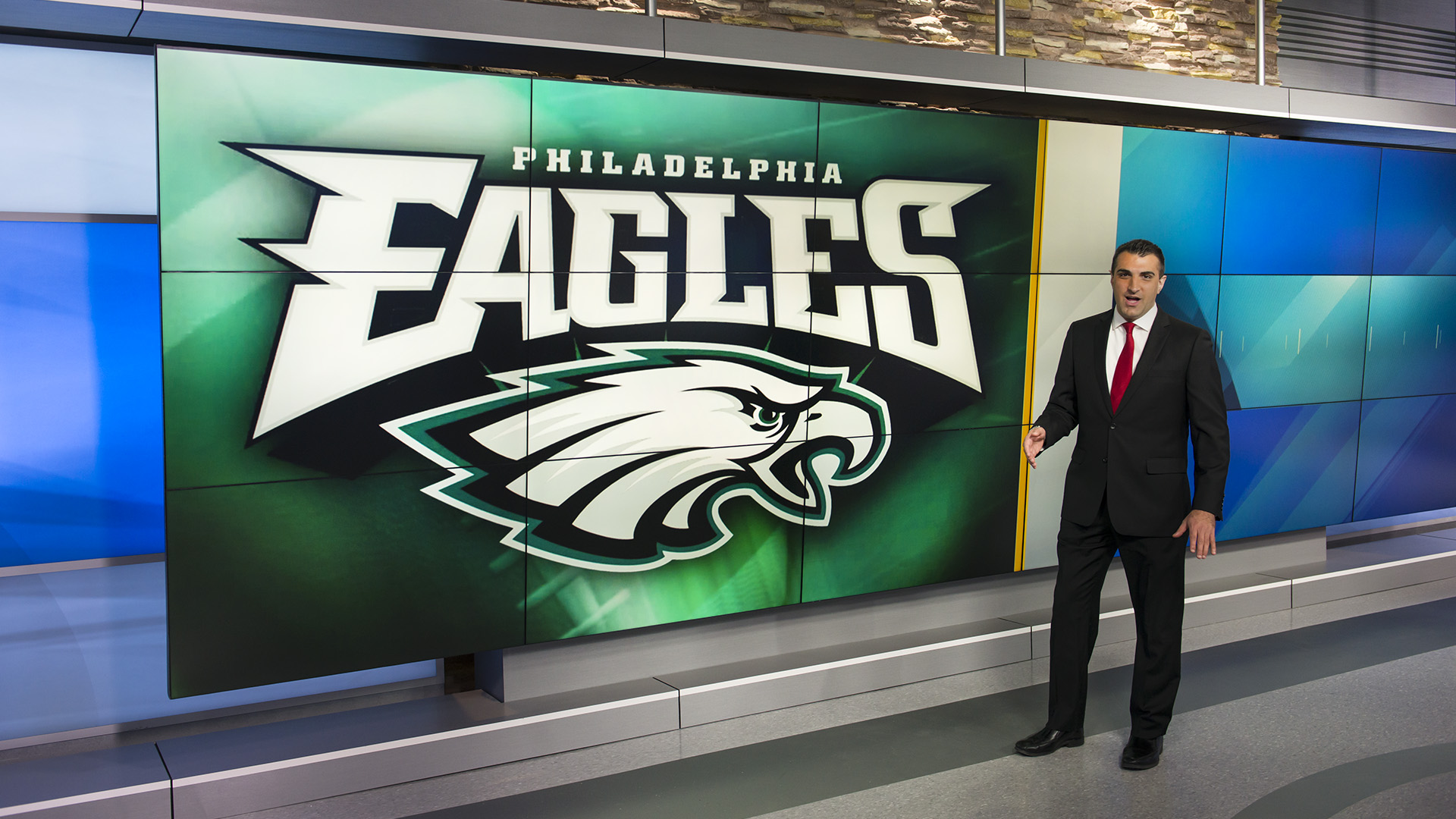 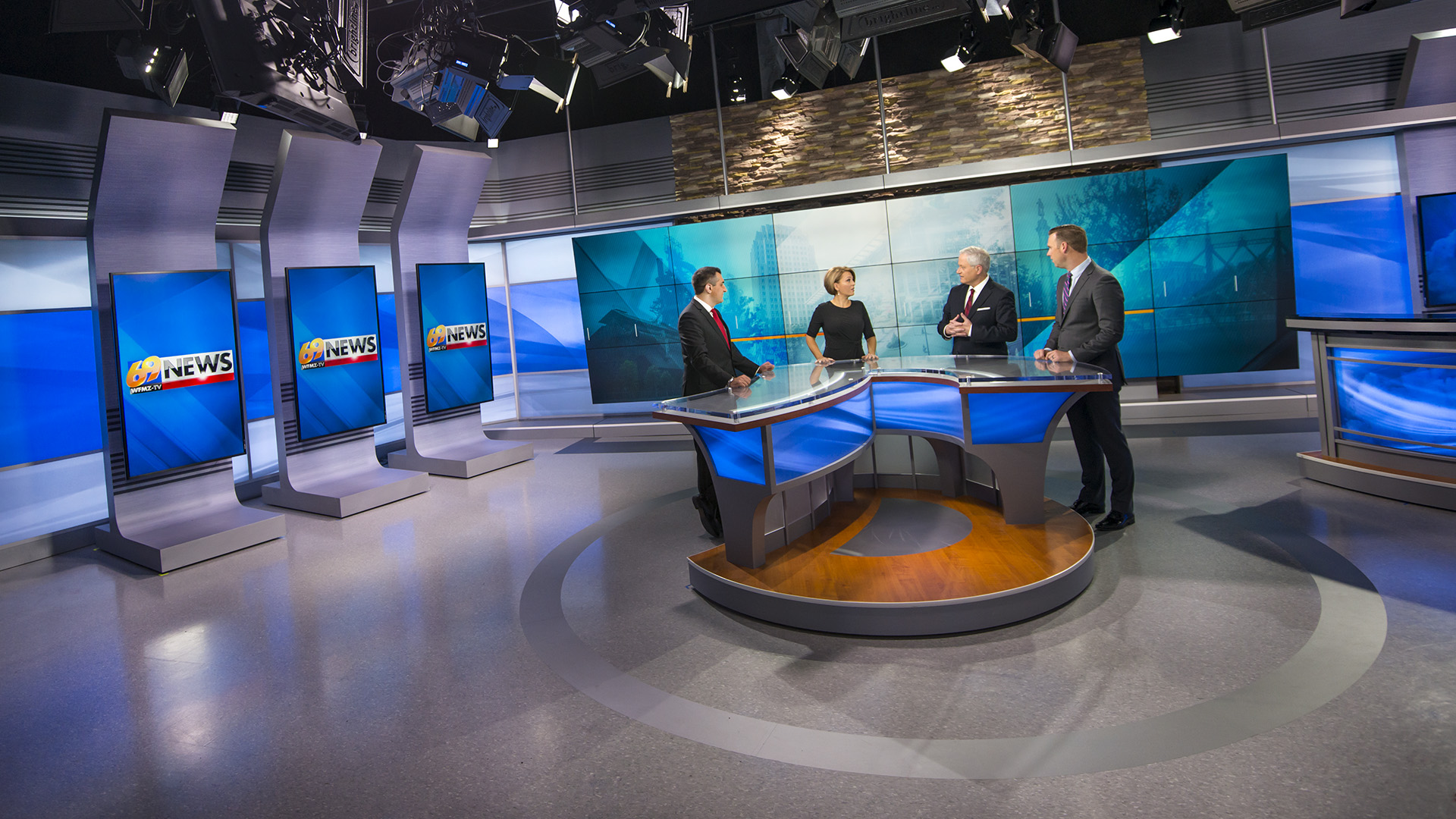 WFMZ may be a local station in the small town of Allentown, Pennsylvania, but that hasn’t stopped it from incorporating cutting-edge AV into its recent studio redesign. In fact, unlike most traditional broadcast sets, WFMZ’s state-of-the-art studio has the ability to stretch graphics and video content across multiple displays – without compromising on image quality – during a live broadcast.

In order to provide the impressive technology, WFMZ enlisted the help of Devlin Design Group for the set design and integration firm Advanced for the AV installation. Together, the two firms created a unique and sophisticated videowall system that blew their competitors out of the water.

“Our job was to build an AV infrastructure that has no limitations on configuring content across a range of displays from multiple manufacturers,” Advanced executive vice president Mark McPherson says.

“We built a videowall system that successfully allows WFMZ to work with an infinite number of display layouts while using a 4K signal. Now, WFMZ is not limited by signal bandwidth in any capacity.”

Advanced was able to achieve WFMZ’s desired flexibility by building the entire videowall system around a VuScape Videowall Controller, which allows the production team to seamlessly configure how display signals are distributed. For the display portion of the integration, Advanced built a 6ft x 3ft NEC Ultra Narrow Bezel Display videowall flanked by several smaller displays, including LCD monitors from SHARP and LG.

“In order for the flexible content manipulation to work, all displays have to work in portrait or landscape mode,” McPherson comments. “The Advanced and Devlin Design Group technical teams designed the monitors so that they will toggle between the two modes on-the-fly – an element that is very unique to WFMZ’s broadcast studio.”

It was also imperative that production staff be able to easily configure the content across multiple displays. Conveniently, VuScape’s software includes a ‘birds-eye’ layout representation of all of the monitors connected to the system. Producers can ‘drag and drop’ content around to fit the best way across multiple screens.

“This feature is an enormous benefit for producers responsible for distributing content on set,” McPherson adds. “It allows them to prepare the scenes before they go into production, which is unprecedented, and it enables them to test out how the image will appear before they go ahead with that configuration.”

According to Advanced vice president of engineering Kevin Linton, the most challenging aspect of the installation process involved the integration of several of the older technological components on set with the newer AV. Particularly, WFMZ wanted to control all presets and videowall layouts from their older pre-existing production switch. For seamless control, Advanced had to integrate it with the ROSS overdrive system, a network-based control application.

“We had to draft a module to integrate their production switch with ROSS and, in turn, control the videowall processor,” Linton continues. “Although it was a challenge, we were ultimately successful in making it work. This is the first time we were able to control the VuScape processor from a production switch.”

Ultimately, Advanced and Devlin Design Group were able to deliver on WFMZ’s request and in doing so built one of the most innovative videowall display systems in the broadcast industry. “The entire infrastructure is centred around distributing the highest quality graphics throughout the studio,” McPherson concludes. “We’re proud to provide WFMZ with cutting-edge video integration that is extremely innovative but is still hassle-free for staffers.”