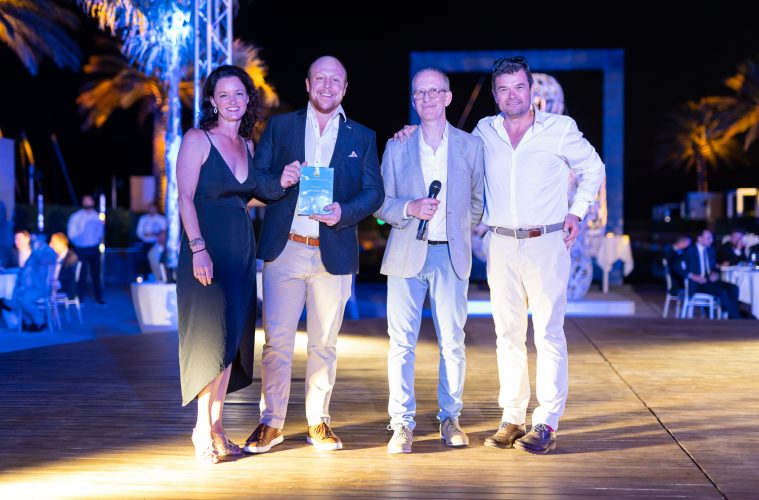 Kinly is excited to announce its UK business has picked up its second major international industry award this month, after being named ‘Service Partner of the Year’ by Logitech.

Announced during Logitech’s inaugural ‘Channel Champions 22’ event in Montenegro, the award recognises Kinly UK for its outstanding performance during the six months to March 31. It is the second major industry achievement this month for Kinly, after winning Pexip’s ‘Greatest Retention Award’ for EMEA.

Grouped and measured against Logitech partners from as far afield as Israel, India and eastern Europe, Kinly UK experienced YoY sales growth of 153% in Q3 and by an incredible 326% in Q4, to secure this prestigious and highly sought-after accolade.

Commenting on the award, Matt Keen, Commercial Director UK & Ireland at Kinly, credited the UK team’s devotion to training and commitment to understanding the intrinsic details, capabilities and benefits of Logitech’s full portfolio of solutions, while engaging closely with Logitech’s Partner Management team to ensure unrivalled, best in class advice, demonstrations and experiences to clients.

Matt comments: “We’re proud and honoured to have been recognised for this award. Competing against so many great Logitech partners across EMEA, this accolade truly reflects both the complimentary way in which we layered Logitech’s support services into our Kinly Care Service stack and the incredible ongoing hard work and commitment of the UK team to offer unparalleled levels of knowledge and excellence to our clients and to the wider AV industry.”

Fuelled further by the pandemic, and a growing desire for businesses to adopt high quality remote solutions, Logitech’s Rally Family of all-in-one video and audio solutions, including the Logitech Rallybar (purpose-built for mid-sized rooms) and the Logitech Rally Bar Mini (designed for small rooms and huddle spaces) have become firm favourites among Kinly clients.

Backed by strategic partnerships with many of the world’s leading video conferencing platforms, including Zoom, Microsoft and Pexip, Kinly clients have access to the industry’s most complete, fully compatible ecosystem of video conferencing hardware, software and services, guaranteeing the highest levels of quality, service and user experiences.

Brooke Ellingworth, Head of EMEA Distribution, Video Collaboration at Logitech, says: “We are delighted to award Kinly UK as Services Partner of the Year for Logitech’s FY22. Kinly has shown impressive growth in our video collaboration solutions over the past year, adding incredible value to our joint customers and delivering high value consistently. We thank them for their partnership and congratulate them on this award.”

Matt concludes: “Logitech is a premium partner and we’ve seen an explosion across the board with the breadth and quality of their solutions appealing to a broad range of environments, with tremendous success in the finance verticals. Logitech is becoming a powerhouse brand in the market, offering the full ‘end to end’ solution for hybrid working from the desk to the boardroom; backed up by enterprise-grade support. We’re delighted to call them a partner and look forward to continuing our recent success into the coming months and years.”