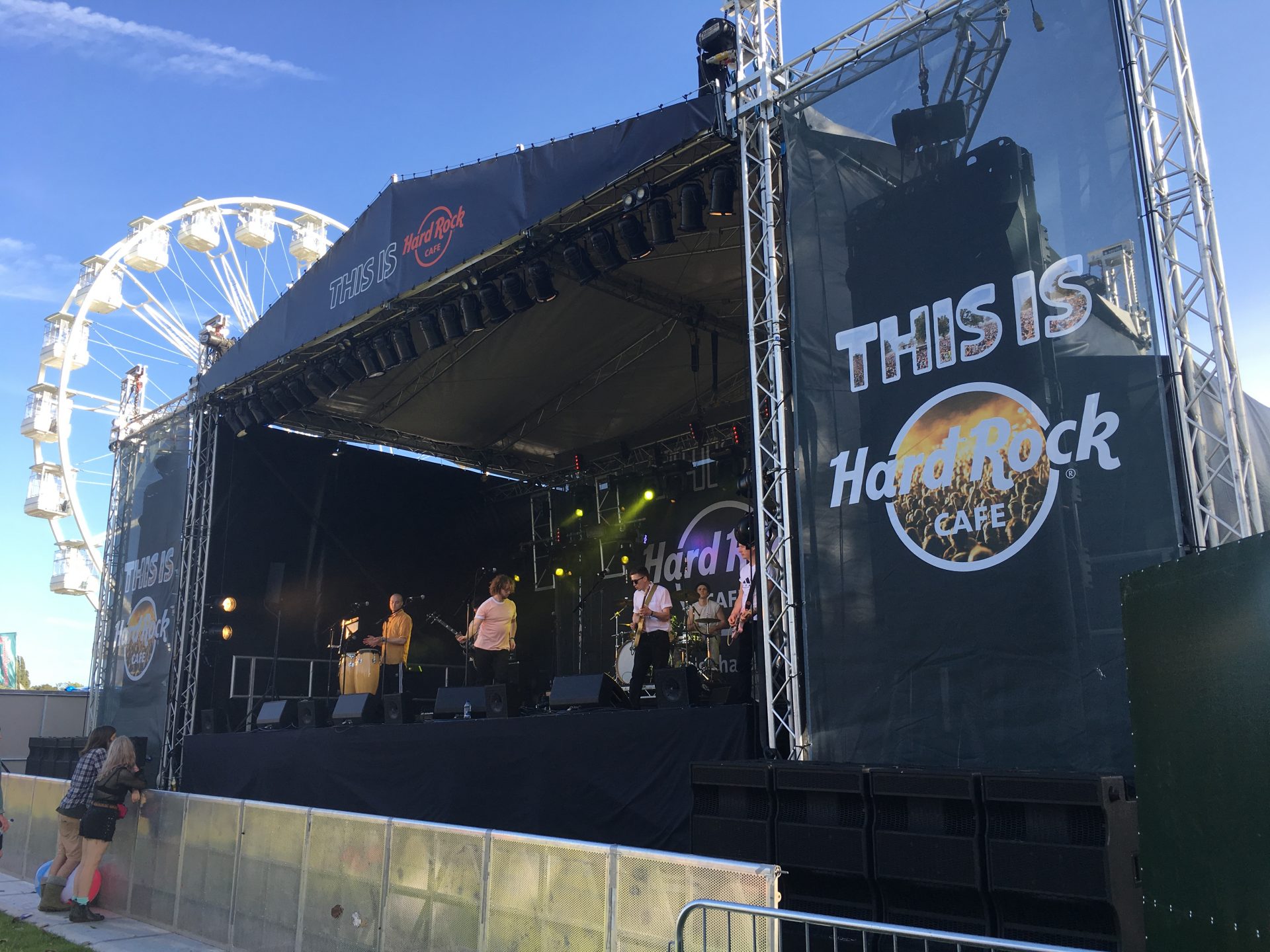 Following a series of recent major showcases, including a high-profile appearance at London’s O2 Arena, the flagship Firenze touring system from K-array has now made a name for itself at the 2017 Isle of Wight Festival. Teams working on both the Hard Rock and Jack Rocks stages confirmed that the K-array systems facilitated a speedy set-up process and helped combat challenging on-site noise conditions.

“Once again, the easy-rigging, space-conscious and consistent performance of the K-array technology proved to be an important asset throughout the event, freeing the engineers up to concentrate on getting the best possible mixes for what was a diverse roll-call of artists on both stages,” says Dave Wooster of UK K-array distributor 2B Heard.

Starsailor frontman James Walsh was one of the established acts appearing on the outdoor Hard Rock stage alongside more up-and-coming names such as My Girl The River, Germein Sisters and The Novatones. Providing the core of the system on this stage were just six Firenze KH8 panels per side. Low-end extension was courtesy of four KS8 subwoofers per side, while five Dragon-KX12 front-fills were also deployed.

“It really took no time at all from setting the system up – itself a quick process – to getting great results and knowing that we would be able to deliver excellent sound for the many acts playing the stage over the course of the festival’s three days,” says Hard Rock stage FOH engineer Christian Lewis, who also mixed on a Firenze system for Diversity’s recent UK tour, including the aforementioned O2 show. “Part of the appeal of the Firenze system is how quick it is to use, from unloading to rigging and then tuning.”

Previously described by Christian as the ‘next step in the evolution of speaker systems’, the Firenze KH8 is said to dismiss the limitations of more traditional touring solutions with its incorporation of Slim Array Technology (SAT). Based on a flat panel design that enables optimum directivity via digital acoustic steering, each self-powered IP45-rated enclosure houses 16 neodymium transducers (eight 8in for LF, eight 4in for MF and four 1.4in high frequency compression drivers). Panels are anchored in pre-cabled groups of three for rapid rigging and deployment, while entire systems are flown in a straight line with the option to precisely tilt individual panels as required.

On-board each panel is an IP65-rated electronics module delivering eight channels of Powersoft DSP and amplification, utilising the Armonia platform for system EQ and control, and providing 2,000W of power on each output. System optimisation to suit the venue can be achieved using AFMG’s EASE Focus software, which also forms the control interface for the creation of all required FIR algorithms. Additionally, all of the Powersoft amplifier modules are IP-addressable, paving the way for quick and seamless configuration updates. The result is a system that suits every environment, no matter how challenging.

“The location of the stage near to a busy thoroughfare as well as typical festival noise regulations meant that we faced challenges that had to be accommodated throughout the event,” adds Christian. “But I am glad to say that we were able to achieve dynamic, impactful audio for all of the artists that appeared.”

Located in a medium-sized tent, the unsigned acts-oriented Jack Rocks stage represented more of a controlled environment in which to put the festival’s second Firenze system through its paces. This time the configuration – overseen throughout proceedings by FOH engineer Shaun Trotter – was based around two KH7 line array elements and one KS8 subwoofer per side.

As with the KH8, the KH7 self-powered, mid-high line array speaker employs Slim Array Technology, and features a quartet of 12in coaxial Neodymium magnet woofers, providing multiple setups, including both vertical and horizontal use. Designed to be able to cover everything ‘from Bach to rock’ – including the rock acts who graced the Jack Rocks stage – the KH7 offers auto configuration, digital acoustic steering and Firenze’s characteristic quick set-up and ease of use.

“I do a lot of gigs where the PA has to be like the opposite of a well-mannered Victorian child: heard but not seen,” says Shaun. “The JD Rocks stage was housed in a small marquee with close sides and a low roof, which meant that the bands’ backline and stage spill was extremely loud, and I was impressed that a box as visually discreet as the KH7 could keep up.”

With around 60,000 fans making the trip to Newport for this year’s Isle of Wight Festival, the 2017 event was another successful instalment in the long history of this iconic musical extravaganza. It was also a powerful demonstration of why K-array’s Firenze is likely to appear at many more festivals to come.

“The performance of the Firenze Slim Array Technology at the Isle of Wight Festival underlines the fact that it is more than capable of coping with the time-poor, expectation-heavy requirements of a busy festival site,” notes Dave. “I think it’s safe to say that we can look forward to both the KH8 and KH7 systems popping up on more festival specs during the months ahead.”