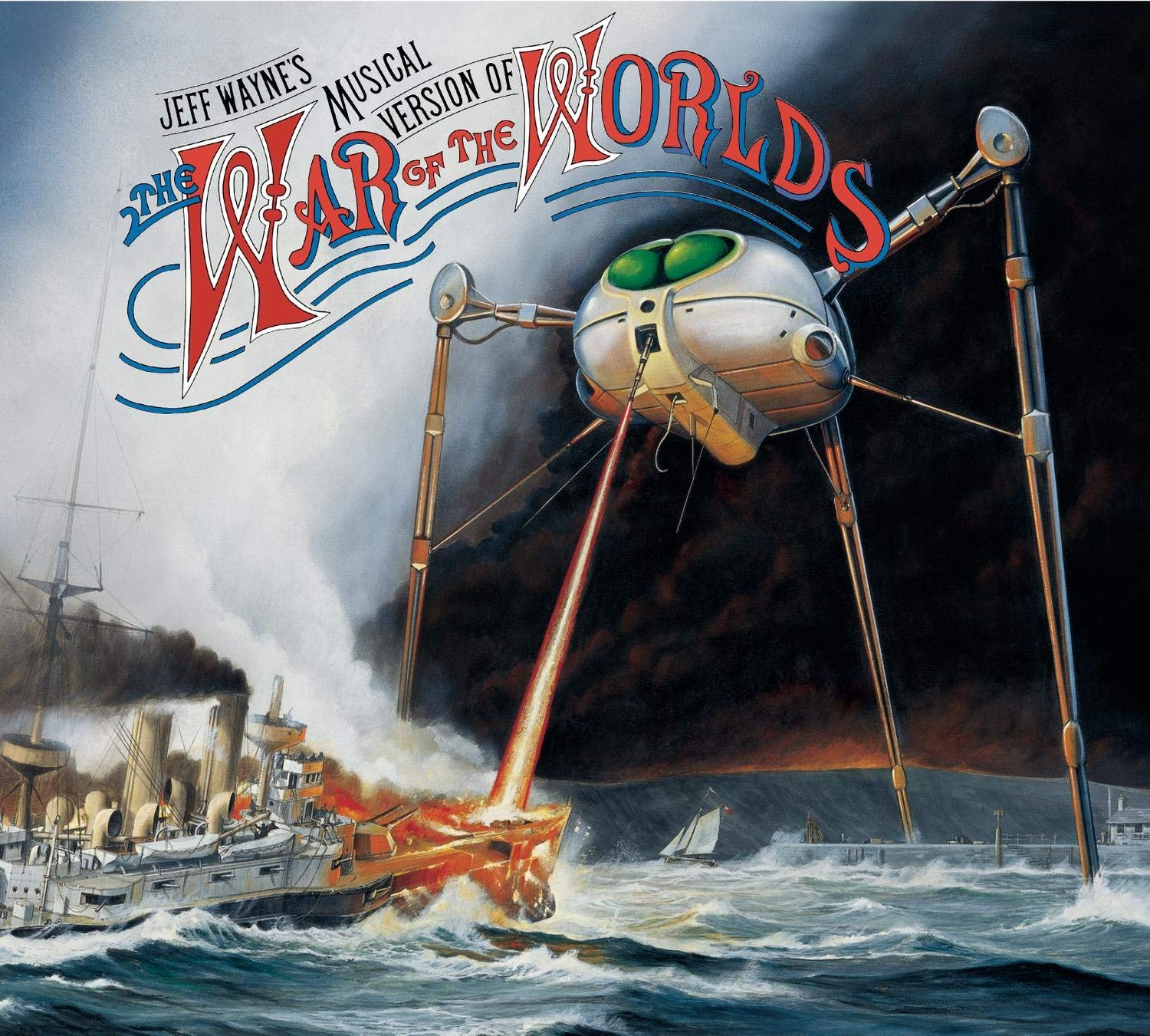 Jeff Wayne’s The War of The Worlds: The Immersive Experience

A cutting edge immersive experience based on Jeff Wayne’s Musical Version of The War of The Worlds, the all-time best-selling double album that terrified generations, has been transformed into a never-before-seen interactive 110 minute adventure.

Jeff Wayne’s The War of The Worlds: The Immersive Experience combines Jeff’s Musical Version, immersive theatre, virtual reality, augmented reality, holograms and other cutting-edge technology; giving audiences the chance to live through the Martian invasion of 1898.

Visitors will be thrust into the heart of the story from the moment they step inside The Old London Metal Exchange; a 22,000-square foot multi-level site in Central London being transformed for this unique Martian adventure.

VR headsets and multisensory storytelling techniques will stimulate the senses: visitors will be able to smell the grass and feel the chill of the story’s famous Horsell Common and physically feel the ground shake as the first cylinder lands.

Live and virtual actors will guide small groups as they walk, crawl and slide through different scenes, like Primrose Hill where the Martians meet their demise, Ogilvy’s Observatory in Woking where we see the first cylinder leave Mars and the Essex seafront where the battle between the Martians and the ironclad, Thunder Child meets its climatic end.

The show is split into two-acts and includes an interval in the immersive Red Weed bar where visitors can enjoy a drink and listen to extended versions of Jeff Wayne’s The Red Weed.

The journey through The War of The Worlds

Visitors meet George and Carrie in hologram form and travel back into George’s memories through the use of a magic lantern, a zoetrope and 360° projection mapping.

Walking in Head Astronomer Professor Ogilvy’s shoes, audiences are taken on a dazzling tour of the Royal Observatory to experience the magic of constellations and planets whilst spotting a peculiar object heading straight to Earth.

Visitors smell the freshly cutgrass, and feel the misty chill that hangs in the air as they walk across Horsell Common. Approaching a silver cylinder, they are suddenly met with slithering, animatronic tentacles as the powerful baseline of Jeff Wayne’s iconic soundtrack kicks in.

As they try to escape a deathly pyrotechnic Martian Heat Ray, the audience experiences everything from the scent of burning flesh to writhing dead bodies.

Considered the ‘Horror Room’ of the experience, this room is not for the faint hearted. Audience members will break into George Herbert’s house and enjoy tea and biscuits before being plunged into complete darkness and immersed in terror as the Martians slowly close in.

The scene climaxes in a terrifying flash of strobe lighting and ambisonic surround audio, it’s the first interaction with the Martians, and by no means the last.

Get ready to battle through war-zone England as visitors encounter fully animated 300ft Martian Fighting Machines. All players travel through large-scale social VR environments as you try to reach London. The volumetric-captured actors mean that everyone in the group will have a different experience.

The first act ends with a climactic naval battle as audiences are placed in boats with motion simulators – as they try to flee the attacking Martians they will be able to feel the water, wind and chill in the air, as they escape down the River Thames in a steamer chasing HMS Thunderchild.

In the final scene of the show, audiences are taken on one unforgettable journey. By jumping into hot-air balloons the audience will feel themselves soaring over England in Virtual Reality. The wind and smoke billows in the audience faces where the biggest surprise is saved until last the final moments of the show, all scored by the iconic final song on Jeff Wayne’s album.