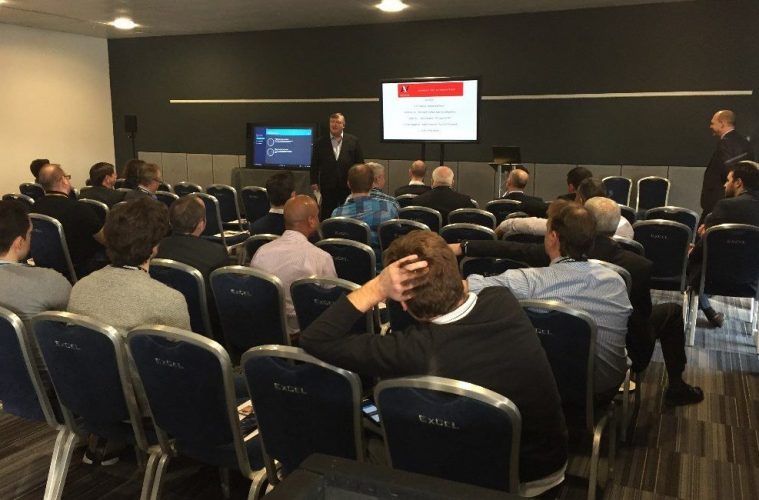 InfoComm And AV User Group To Promote Collaboration and Awareness

InfoComm International and the AV User Group, a nonprofit organisation of AV and technology managers and end users, have agreed to “collaborate on initiatives to increase AV industry awareness among enterprise decision-makers and foster stronger relationships between the companies and professionals that build AV solutions and the businesses and institutions that operate and benefit from them,” according to a joint announcement by the organisations.

The agreement runs through 2019. As part of its strategic plan, InfoComm “has made it a priority to act as a catalyst for market growth, in part by creating greater awareness of the AV industry in various customer verticals,” according to the press release.

The UK-based AV User Group “represents an existing community of AV customers and decision-makers, providing a forum for the discussion of technologies, best practices and standards among AV end users,” according to the announcement.

“Bringing our two associations together is a natural way of creating an ongoing dialog about the power of AV solutions to create positive outcomes for users,” says InfoComm International chief global officer Terry Friesenborg in the press release. “We look forward to engaging worldwide with the AV User Group to better understand and promote the implementation, trends and benefits of AV technology in a variety of organisations.”

InfoComm and the AV User Group have agreed to “promote each other’s efforts in various ways, including through online resources for collecting expert insight and discussing topics of interest, and to host and/or participate in new and existing InfoComm and AV User Group activities around the world,” according to the announcement.

InfoComm will sponsor and present at AV User Group events and AV User Group will work with InfoComm on networking events for end users at select trade shows.

“The AV User Group is ideally positioned to become a home for the enterprise decision-makers that InfoComm is seeking to engage through its outreach,” says AV User Group chairman Owen Ellis. “With our events in London, New York, Hong Kong and elsewhere, plus opportunities to collaborate with InfoComm at the InfoComm trade show in North America and Integrated Systems Europe, we see outstanding potential for working together internationally to raise the level of conversation about what’s possible through audiovisual experiences.”

This article first appeared on Commercial Integrator and was written by Craig MacCormack.