IMAX is tying up with France’s largest cinema operator to see its laser projection system roll-out to even more locations across Europe. Les Cinémas Pathé Gaumont is the market leader in France, Netherlands and Switzerland, and will roll-out 20 IMAX laser systems in sites across Europe.

Laser projection is beginning to see wider adoption in the commercial cinema market, thanks to its low maintenance requirements, and the ability for the projector to keep going after thousands of hours. IMAX with Laser first launched in late 2014, and has been popular amongst cinemagoers, despite only being available in a select few screens.

The latest partnership with Les Cinémas Pathé Gaumont will see the installation of IMAX’s latest laser system, which began its rollout earlier this year. The system is already finding a home in Cineworld/Regal and AMC cinemas across Europe and the United States. The partnership with Les Cinémas Pathé Gaumont promises to make the technology even more accessible.

In addition to the new laser system, Les Cinémas Pathé Gaumont will also be installing a 12-channel immersive sound system. It won’t just be new sites getting the technology either, as some existing screens have been earmarked for the upgrade.

With these agreements, Les Cinémas Pathé Gaumont has a total of 30 IMAX theatres that are currently open or contracted to open, including 18 theatres in France, seven in the Netherlands, four in Switzerland and one in Belgium.

In 2005, the exhibitor opened its first IMAX theatre in Amsterdam and today its IMAX locations are among the highest-grossing in Europe.

“The accelerated adoption of IMAX with Laser and success of our existing flagship theatres is fueling our expansion across Western Europe – particularly in France, where we have tripled our contracted network in the last two years,” says IMAX CEO Richard L. Gelfond.

“Since the launch of our new laser experience in April, we have signed over 170 deals, marking the fastest uptake to a new technology in our 50-year history. We believe this is a testament to the highly differentiated experience IMAX with Laser delivers and the commitment to innovation from top theatre operators such as Les Cinémas Pathé Gaumont, whose IMAX network will be the first to be fully powered by IMAX with Laser.”

“We are proud to announce that Les Cinémas Pathé Gaumont will equip 30 IMAX with Laser theatres in Europe by 2023. We are the first network committed to be fully powered by IMAX with Laser. This commitment forms an integral part of our innovation and upgrading strategy, by which we aim to offer movie-goers an increasingly intense and immersive cinema experience,” adds Martine Odillard, Chairman of Les Cinémas Pathé Gaumont. 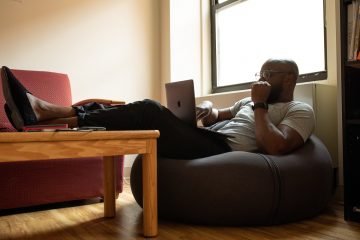