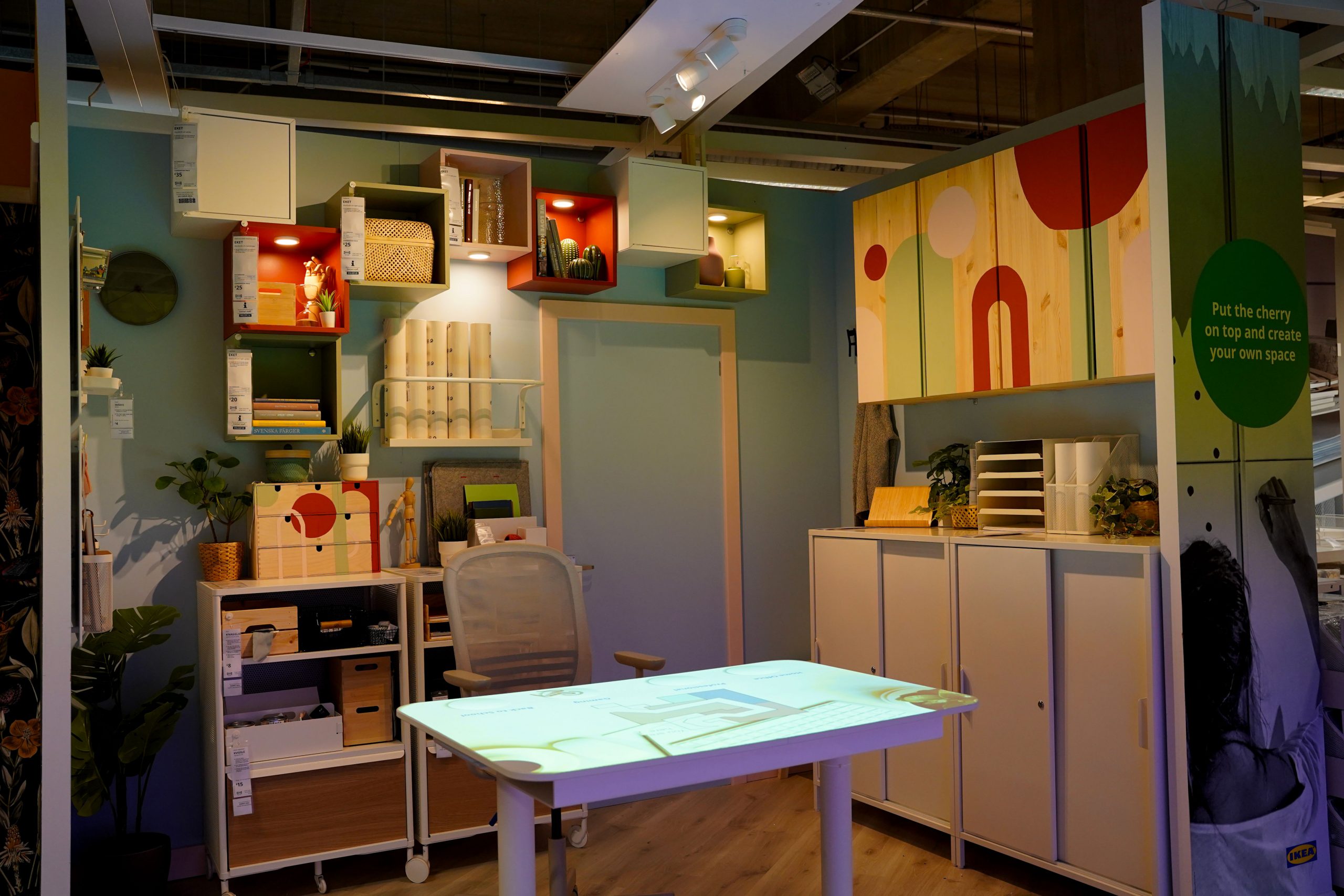 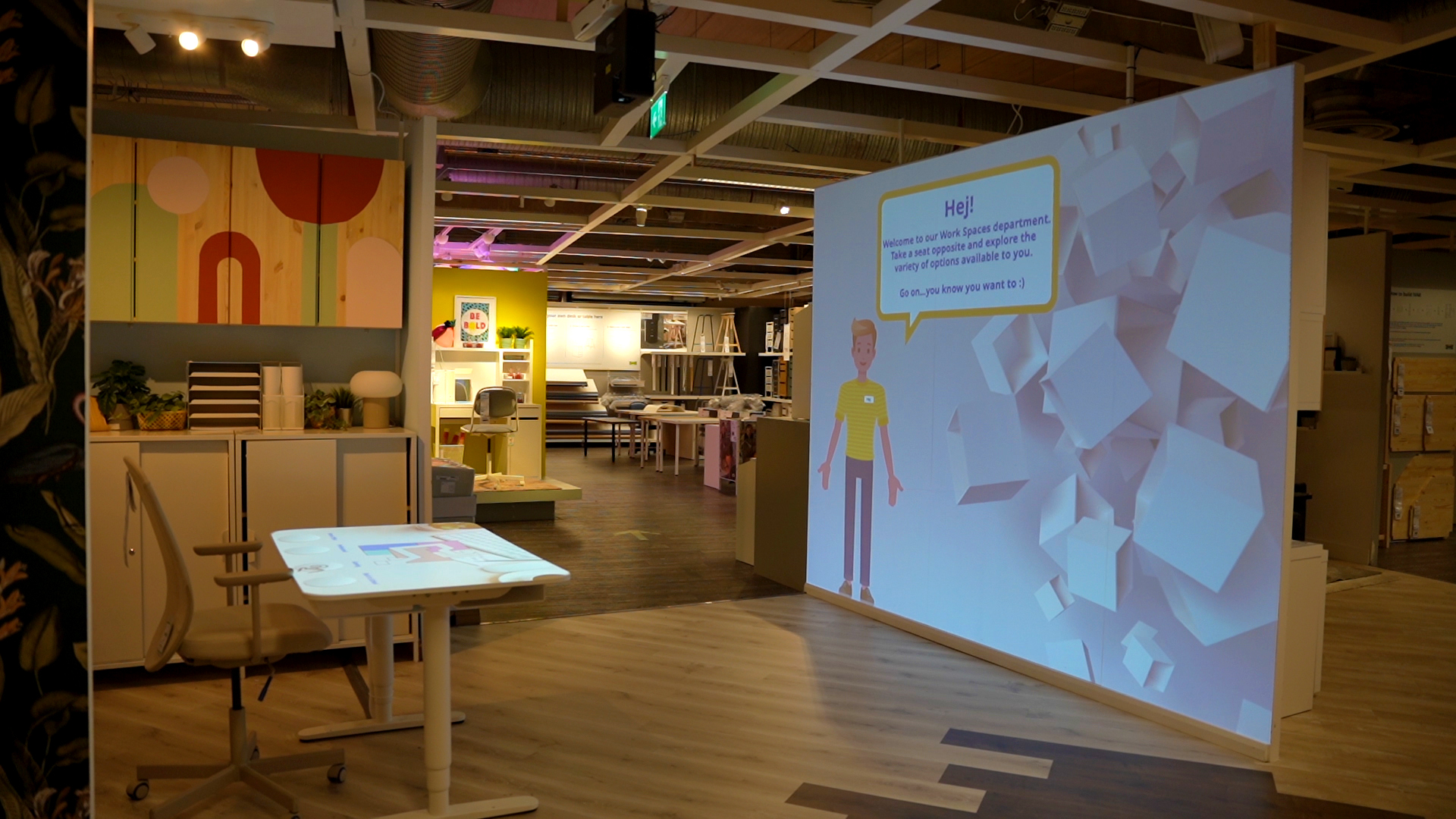 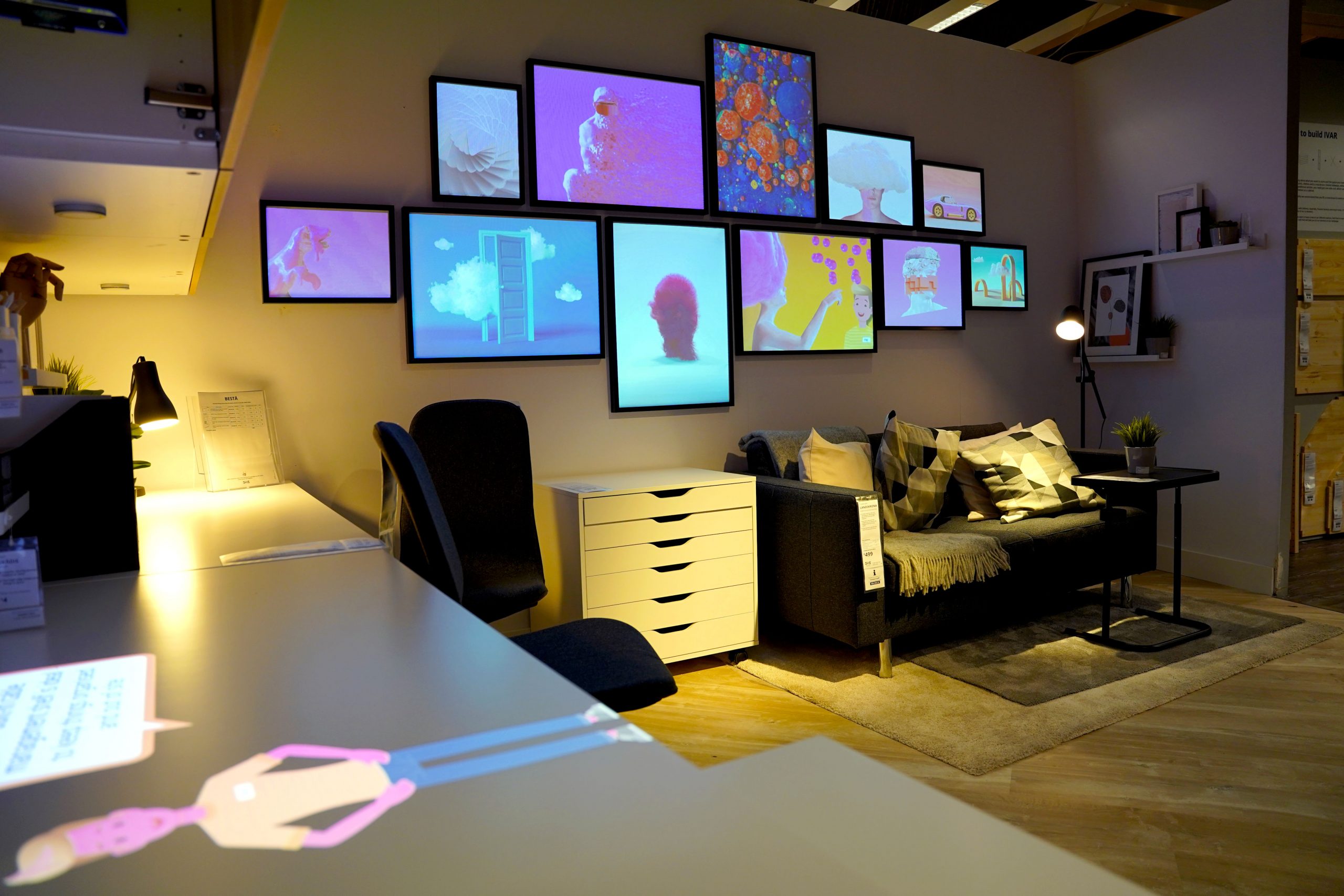 The IKEA brand is synonymous with fresh ideas. From inspirational living spaces to meatballs and children’s activities, a visit to an IKEA store is meant to feel like so much more than a shopping trip; the aim is to provide a fun, family day out.

It’s no surprise then, that when the design team at the company’s flagship London branch in Wembley set about remodelling the store’s homeworking department, they wanted to create a high tech, immersive and interactive experience that would inform and delight customers. BrightSign media players helped to realise that vision.

“The objective was to draw people into the new space and increase the amount of time they spent learning about and enjoying the products,” explains Stuart Harris, Founder and Creative Director of Motion Mapping (who created the installation). “The IKEA team had come across a demo of an interactive table that we had shared on social media, and they approached us to do something similar. They wanted to combine digital elements with physical products in a way that was cool and exciting, and we had lots of ideas about how to do that.”

Although this was a new type of undertaking for the retailer, it was very much a collaborative effort. Basing the content around a story board from the in-house design and visual merchandising teams, Motion Mapping deployed a mix of carefully placed projectors, screens and sensors to bring it life.

The result is visually arresting, engaging and surprising. Pieces of furniture are animated or transformed into interactive information points. A friendly ‘co-worker’ character appears at intervals to provide titbits of knowledge about the products and prompt customers to explore them further. And elements such as windows showing realistic outdoor scenes and a dazzling art wall work in synchronicity to create a beautiful and stimulating environment that says all the right things about personal workspaces.

Motion Mapping used five individual BrightSign HD224 media players to present the five ‘windows’, which are in fact Samsung 65in 4K screens framed by wooden casements. Two further HD224s power the Optoma projectors that map animated images onto kitchen cupboards (Optoma ZU500USTe) and a desk in the lounge area (Optoma ZH406ST). Other elements of the display run on Green Hippo Karst using Datapath FX4 with Kramer fibre optic HDMI cables. Motion Mapping uses BrightAuthor:connected to create, publish and manage the content, which is stored locally and delivered to the players across a private ethernet network.

“The BrightSign players are perfect for this kind of synchronised playback set-up,” observes Stuart. “They’re extremely reliable and really simple to use. If we need to update content, we just log on to our control PC and push it out to all the players and it just works.”

Cost was another major advantage for BrightSign; “If we had used a media server for each 4K screen that would have been several times more expensive,” Stuart notes.

BrightSign players were also favoured because Motion Mapping uses them extensively throughout the course of its work and therefore keeps plenty in stock. “Time was of the essence for this project,” Stuart continues. “We would normally expect something like this to take around six months from initial conversations to going live, but we did it all in under two months.”

Motion Mapping has built the entire display to be self-managing. Stuart adds, “We took eight or nine different systems, built some custom software to pull it all together, and now the only time IKEA need us is if they want to update the content, for example for Halloween or Christmas. The reliability and simplicity of the BrightSign players means there is never any problem in between times.”

The installation of all the equipment for the display took around four days. “We had to do it while the store was open,” recalls Stuart. “It was tricky because there was a lot of footfall through the area and we were working with ladders across a busy walkway. People were very curious about what we were doing.”

Interest levels have remained high since the project went live in early April. Staff report that shoppers spend longer in the workspace section than they did before and are keen to talk and ask questions about the display. “Customers want to know who created it,” Stuart reports. “We’ve also had lots of compliments about it on social media.” IKEA’s senior management team were also very impressed by it at the launch. “They were sending photos and videos of it to other stores, saying, ‘We need to do this!’ I’m proud that we pulled it all together so quickly, and it’s something that people really enjoy looking at.” 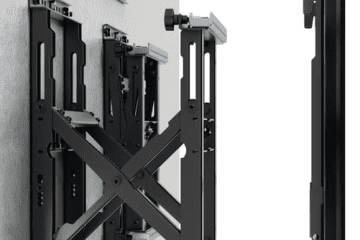