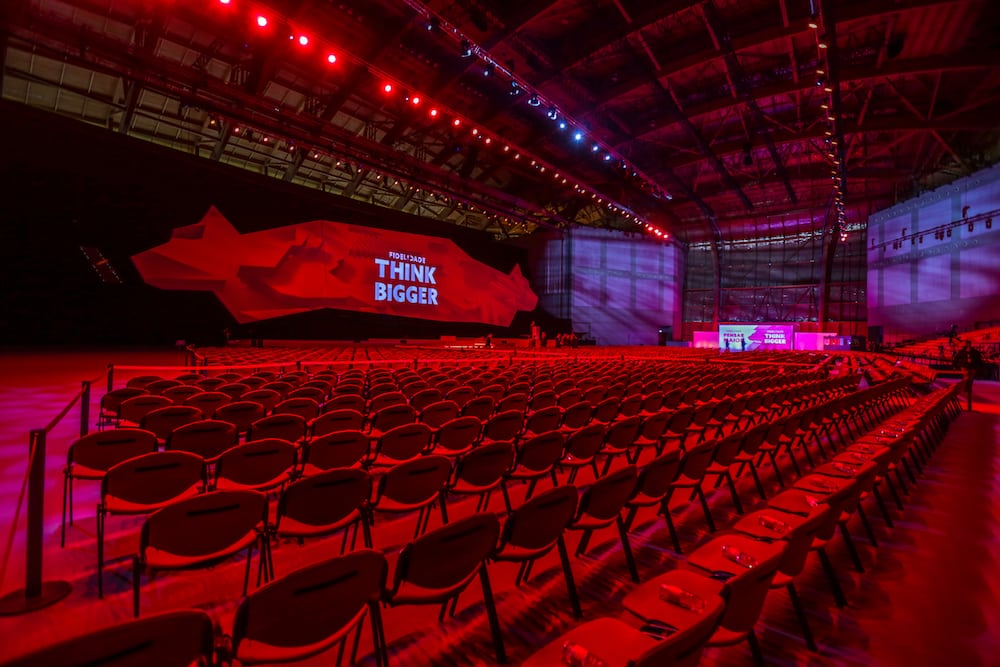 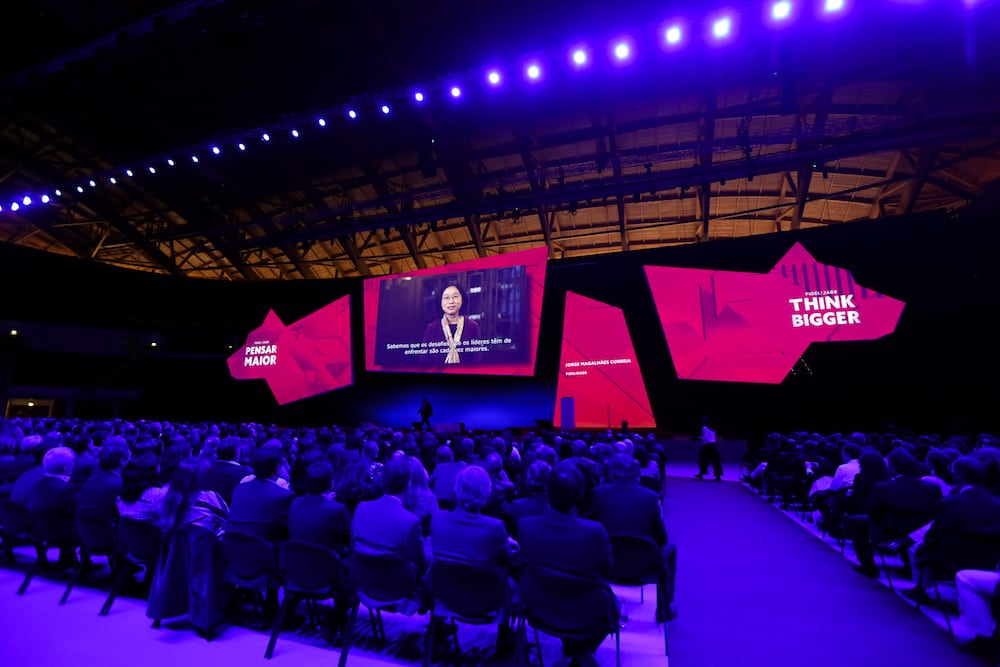 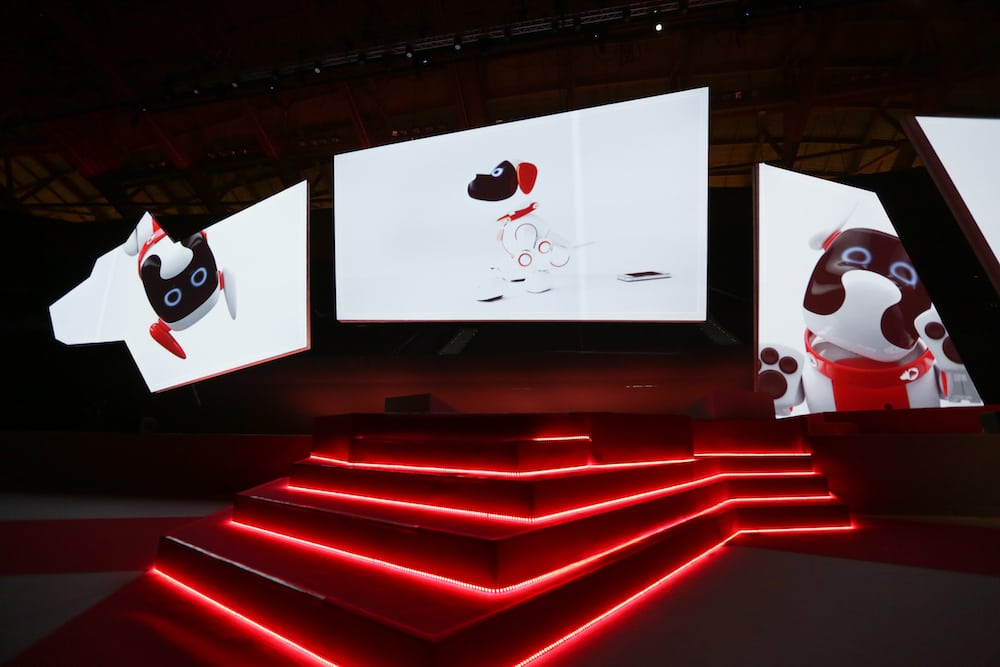 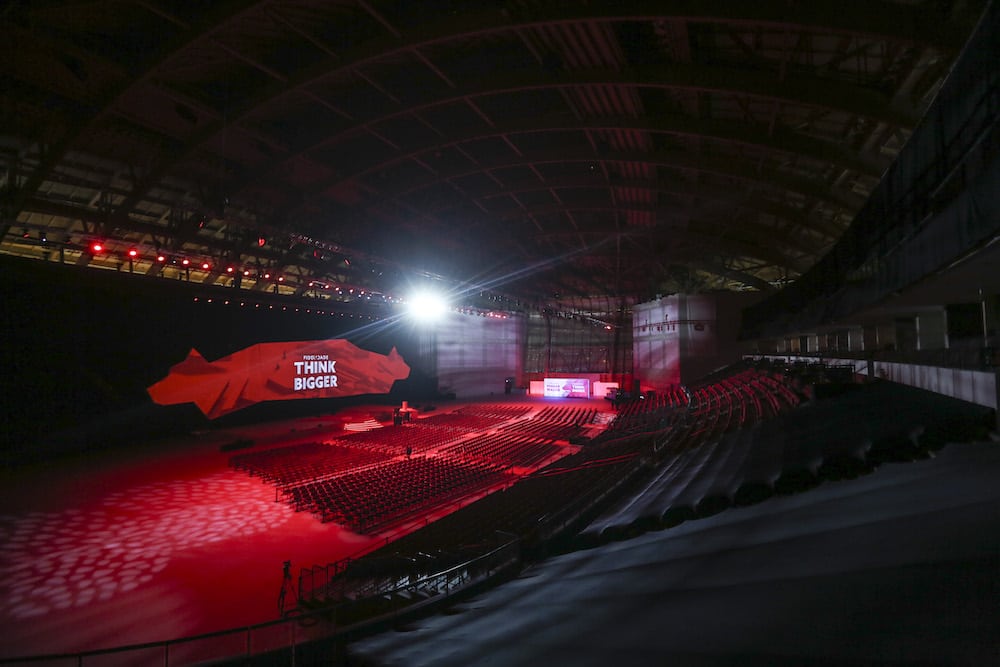 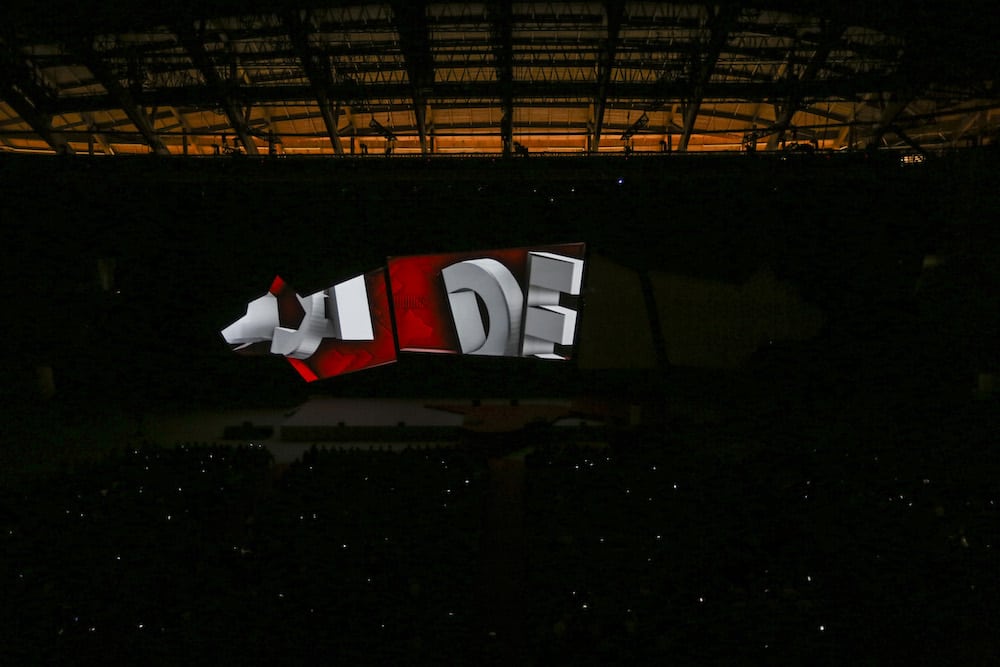 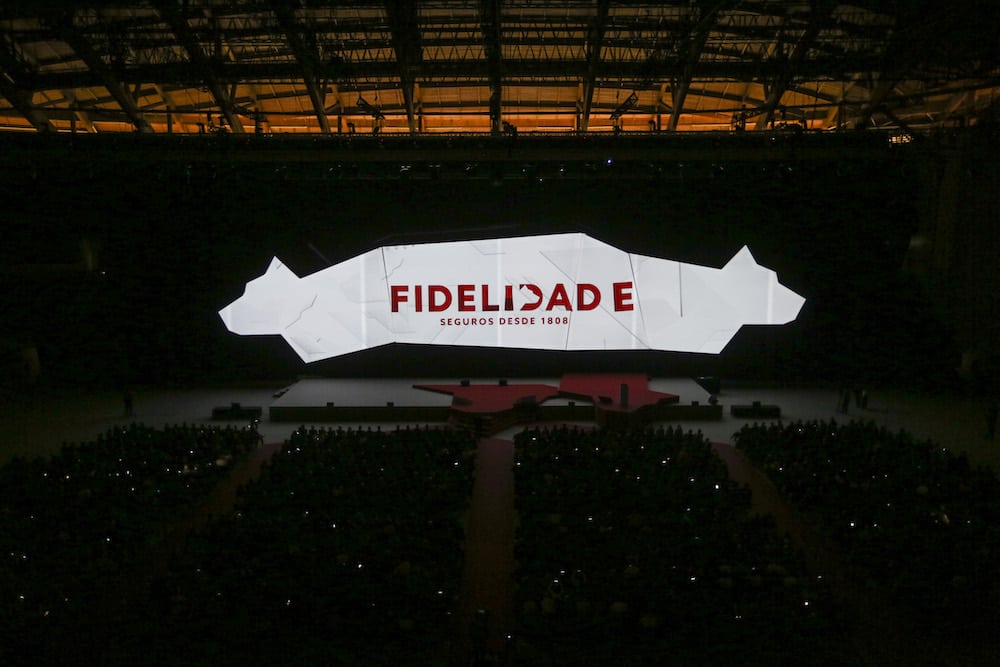 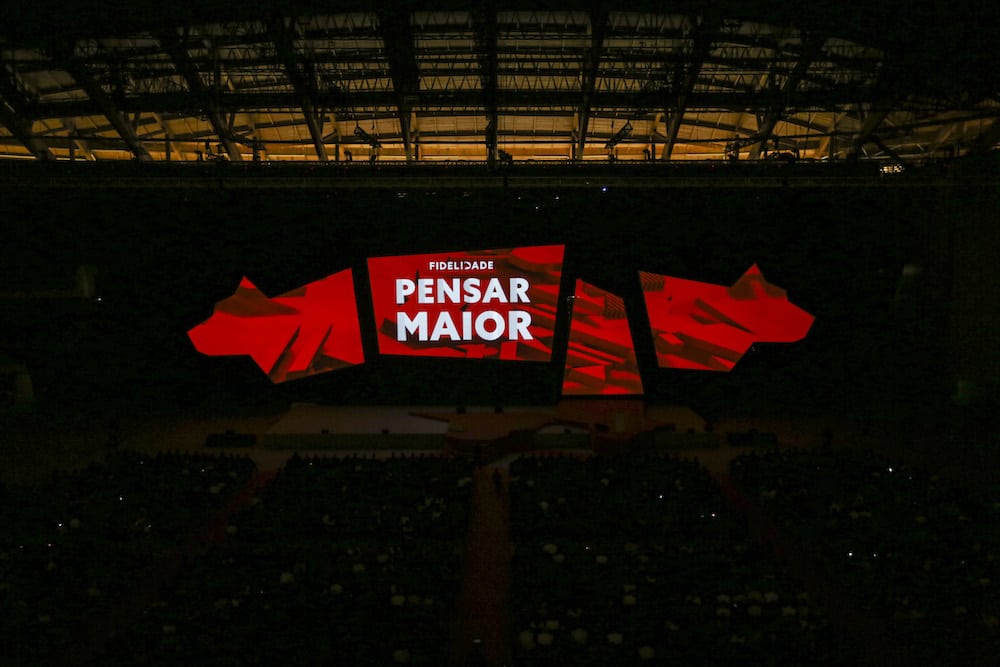 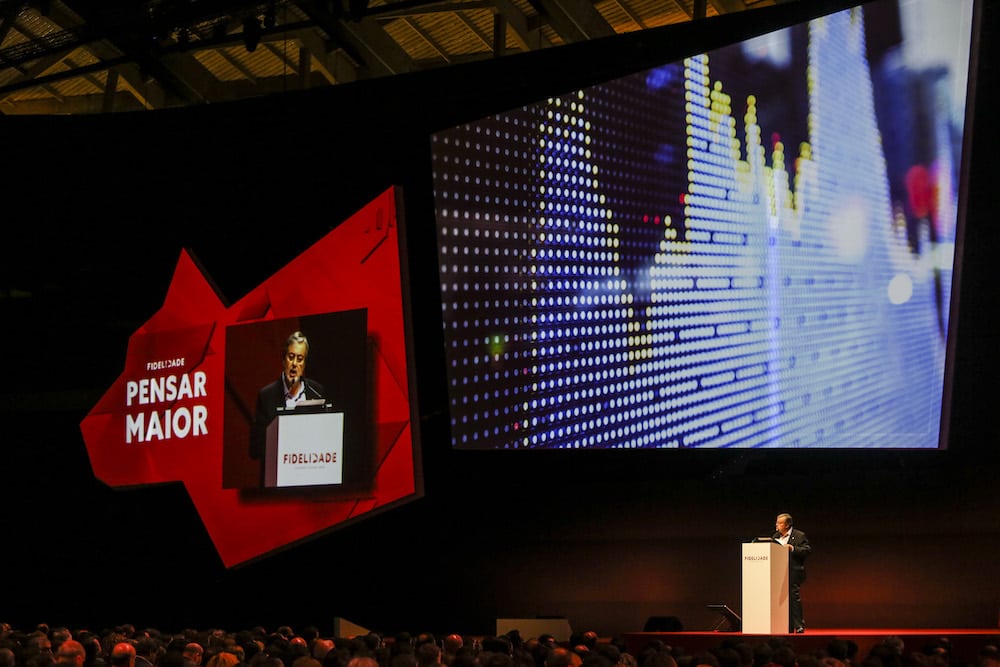 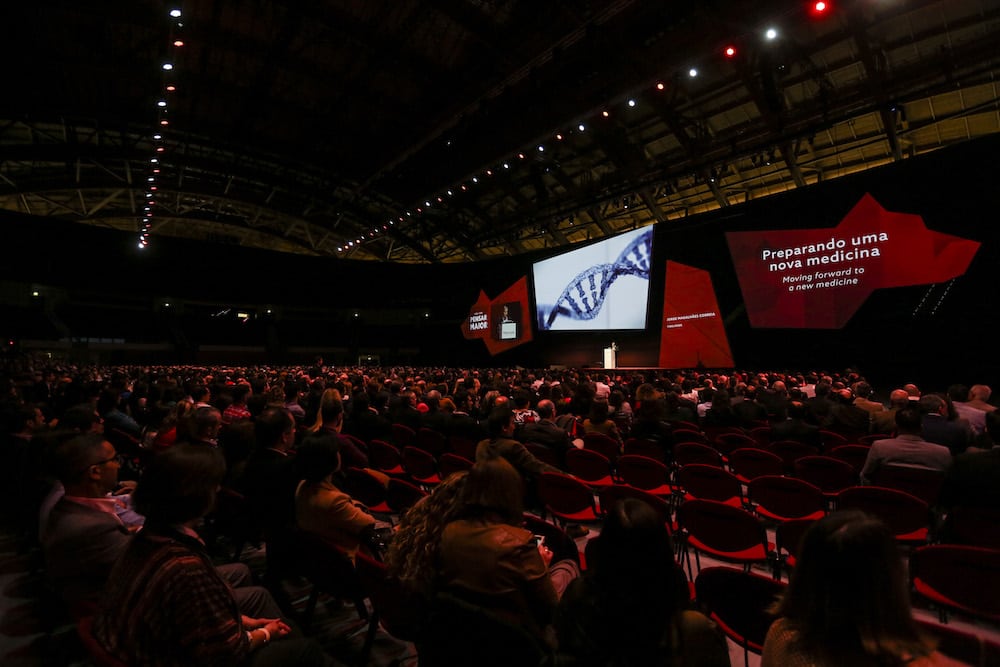 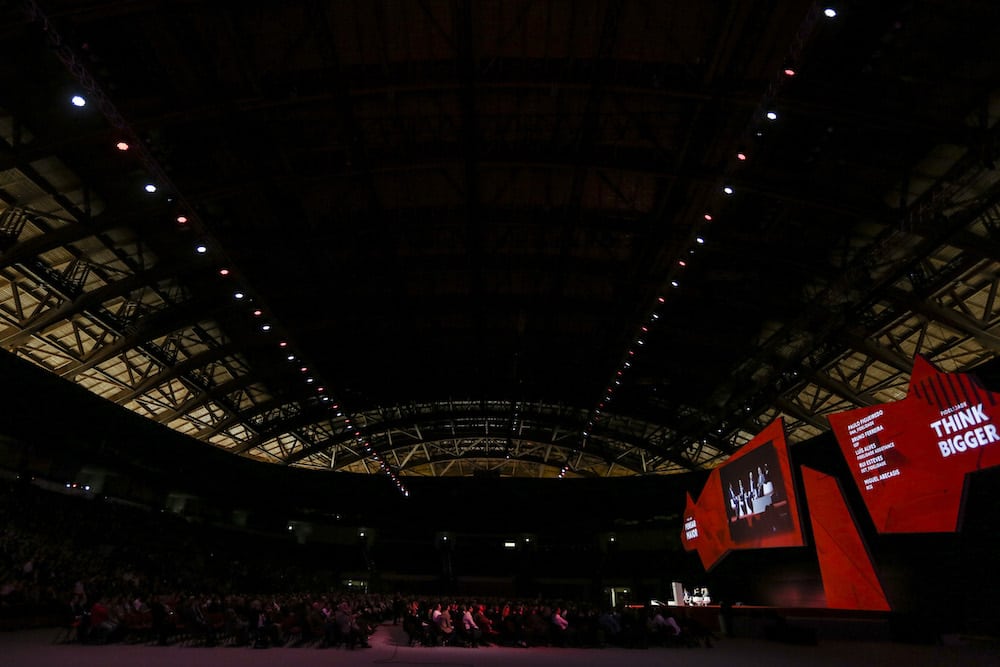 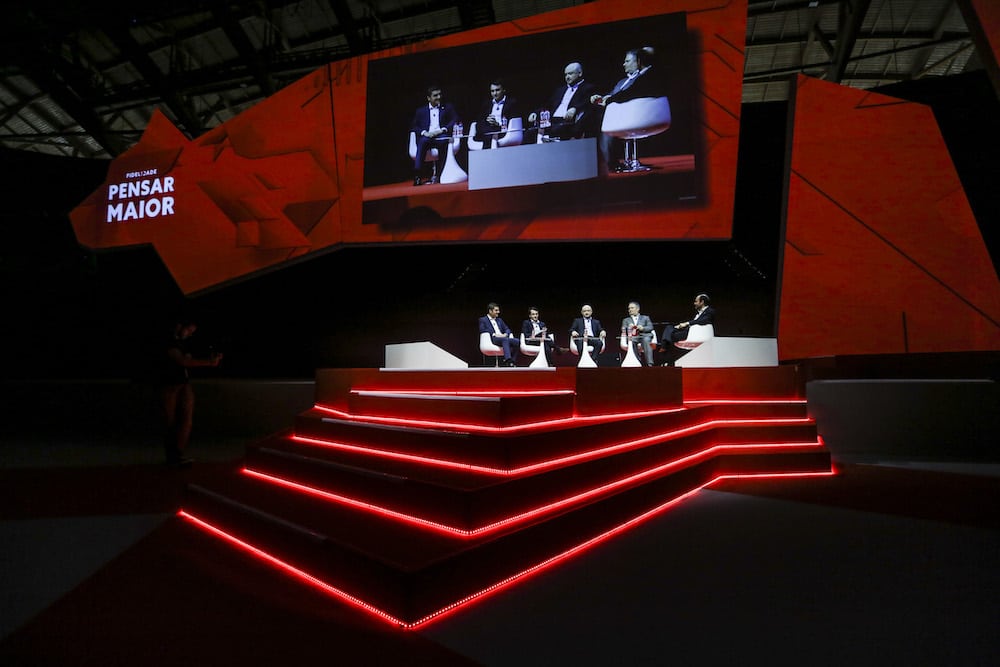 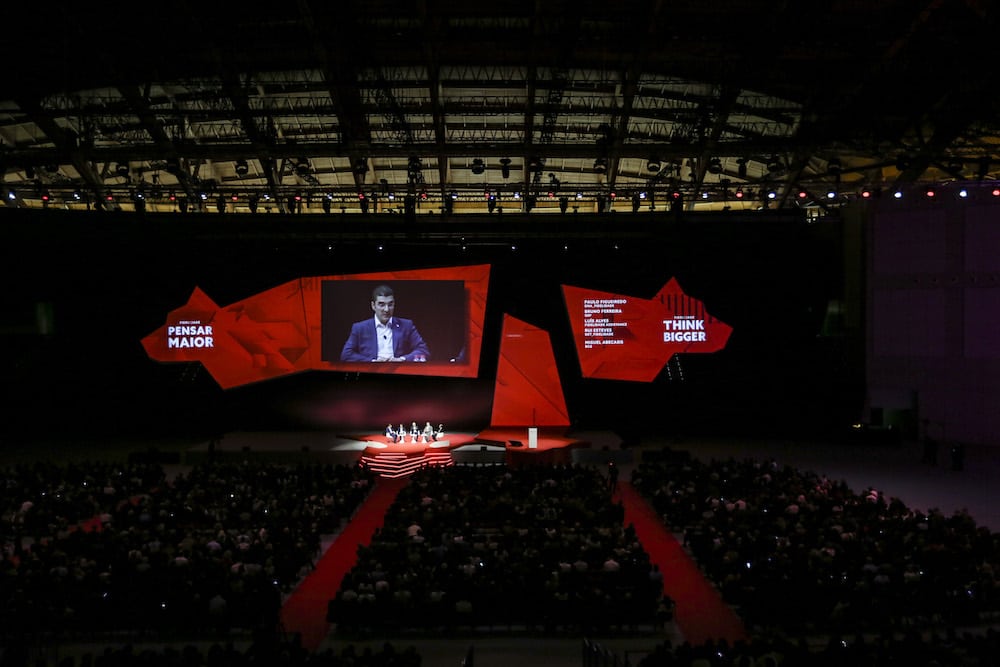 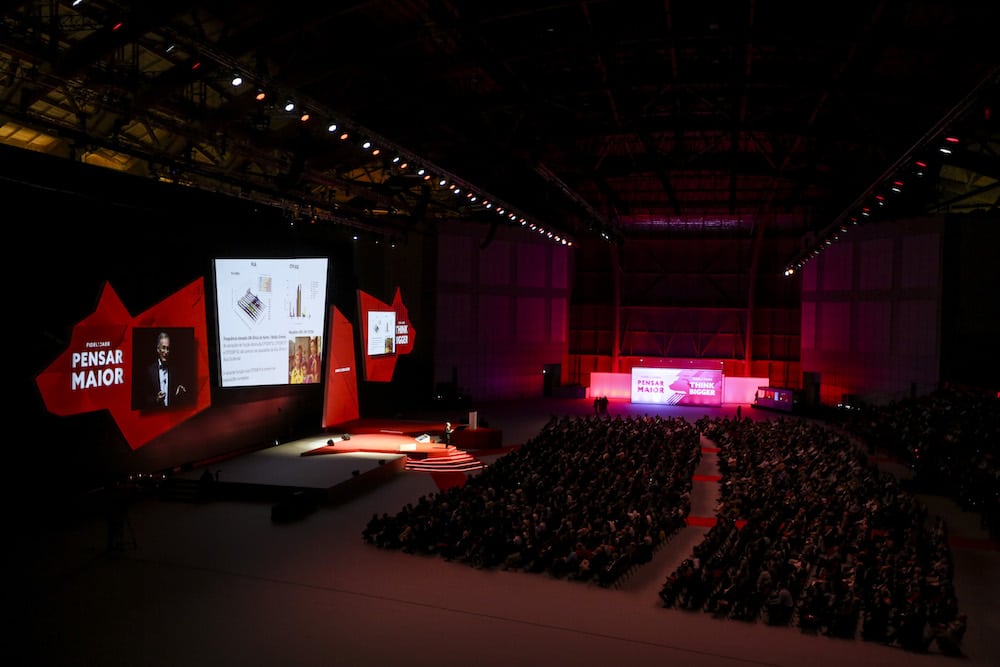 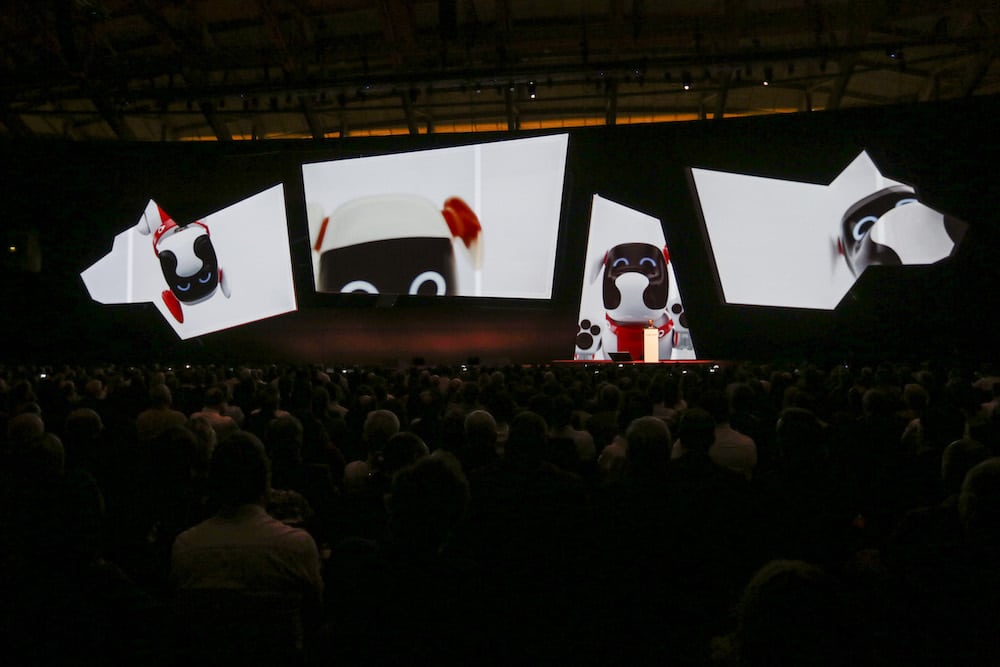 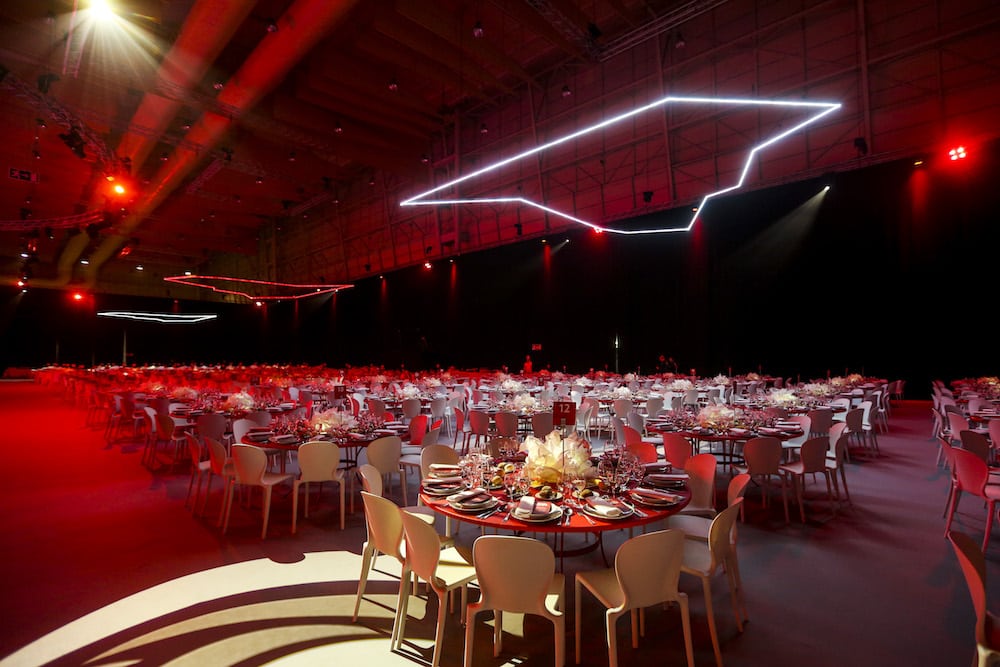 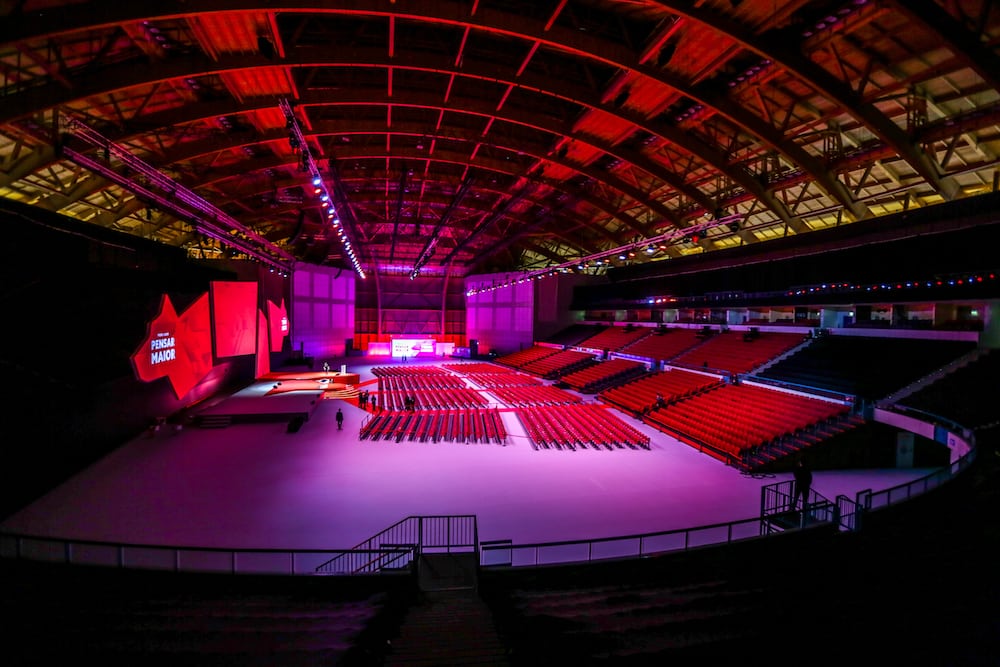 Portugal’s largest insurance company is not exactly the first thought you would have if we asked you which company put on a projection mapping spectacle to entertain all its employees, but that’s just what it did. In fact, Fidelidade’s performance at the Altice Arena in Lisbon was a technological marvel, utilising the expertise of Christie partner and pro-stager Europalco, and the Bold creative agency.

At the centre of the performance was a giant screen measuring over 40m wide which could break into four separate screens and rejoin together on the fly. This screen could break into different sizes and different shapes, and while they move apart and together, the projected images are perfectly tracked onto the screen, moving with them, and filling them at all times. That’s a difficult job, and it required specially shot video and ID tracking, which was used for the first time at this type of event in Portugal.

ID Tag Tracking is a simple form of intelligent tracking that can follow people and objects with lights on a stage or create trackable props to ensure complete freedom of movements in projections.

The Bold agency was in charge of organising the event, which was given the title Fidelidade Pensar Maior [Fidelidade Think Big]. Bold immediately brought on board Europalco to look after the audiovisuals.

“Europalco is our technology partner of choice, because we know that it always strives after the latest technical solutions that will allow us to surprise our clients and leave a mark on their audiences”, explains Ana Oliveira, head of Bold’s department for Institutional and Corporate Events.

Europalco then designed something never seen before in Portugal: a screen made from a fabric-covered truss measuring 40 by 10 metres, which separated into four parts thanks to a system of rails for horizontal movement, and another motor system for the vertical movement, opening up to reach a width of 72 metres.

The video tracking technology used comprised three Christie Pandoras Box Quad Servers to manage the graphic content, six OptiTrack high speed tracking cameras and 12 ID Tags to locate the positions of the four modules so that the layers of video would match the movements in real time.

Each module had three ID Tags to precisely locate the position in real time. The position was read by the six cameras which then relayed the information to the Christie Widget Designer in charge of controlling the various layers of the Pandoras Box servers. In addition, Europalco used the Christie Spyder X20 video processor to run the contents coming from Pandoras Box, the PPTs and the live broadcast and Christie Boxer 4K30 projectors throwing over 180,000 lumens across 60 metres to produce 6146 x 2048 pixel blend across the screen.

“We choose the Boxers because of their incredible power (30,000 lumens) and resolution (4096 x 2160),” says Pedro Magalhães, general director of Europalco.

“And the truth is that they proved themselves once again to be the best projectors available in the market for large-scale screenings. They guarantee us excellent performance, perfect light and spectacular colours, with low energy consumption and relatively light weight.”

Three days setting up, 60 audiovisual technicians, 120 motors to suspend the audiovisual equipment and 800 metres of metal truss structures were required to make this complex projection possible. Likewise, the challenging production process also relied on a team of Christie technicians from Belgium.

The president of the National Association of Insurance Agents and Brokers of Portugal, José David Pereira, called it the single best insurance event in the last 20 years, saying that “the movement, content, presentation, dynamism and innovation were all impeccable. The way the giant screen moved in Pensar Maior was truly spectacular, with hugely imaginative projections and video tracking.”