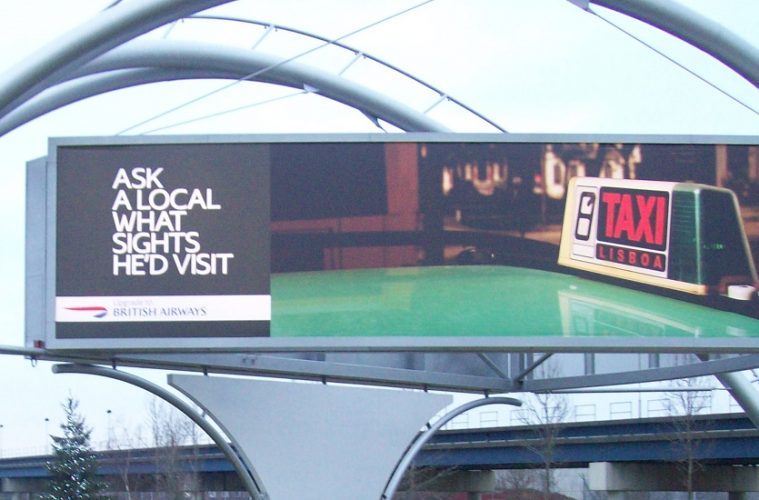 Google’s advertising technology is expanding outside of the desktop and mobile web – with the company now offering its DoubleClick platform to some billboards in Central London.

Instead of purchasing a specific advertising campaign for a specific billboard with an outdoor advertising company, Google is hoping to become the middle man by offering advertisers the ability to buy space programmatically.

For those unaware of Google’s DoubleClick advertising on the web, the technology typically selects the best advertisement based on the user currently viewing it; also known as targeted advertising.

But how does Google plan on bringing targeted advertising to digital billboards in Central London? After all there will be hundreds, if not thousands of people seeing the ad at any given time.

Google’s advertising technology will be able to adapt the advertisements shown based on the time of day and the location of the ad.

For instance, an ad at London Waterloo station at midday is likely to show an eatery that can be found nearby – people are likely to be hungry at that time and by having a location nearby, they won’t be forced to travel very far.

DoubleClick will work the other way as well. It will actively prevent ads from being shown if they’re not relevant to the passing audience – so people on their way home from work are unlikely going to want to be served by ads reminding them of the place they’ve just left.

The trials began early October and will run into November.

The ads are being served to digital screens located throughout Central London, with some located in important transport hubs like London Waterloo and Euston, while others are located in the city centre and at roadside locations – like Vauxhall roundabout.

Google has paid for the advertising placements upfront, meaning the outdoor advertising providers still get their cash, but of course Google is hoping to make the money back by charging advertisers a premium for its DoubleClick service.

DoubleClick’s technology is by far one of the most comprehensive in the industry – Google tracks millions of web users every single day, meaning it has built up a detailed profile on the type of people it regularly serves.

Thanks to its mobile advertising and tracking, Google knows the type of things that interest people located in the vicinity of its billboards – meaning ads can be perfectly targeted to the audience.

Google has the data and it now plans to use it.

That’s not to say the technology is going to be rolled out in the near future however.

Tim Coller, mobile solutions lead for Google’s DoubleClick, told Business Insider that right now the trial is simply just a “proof of concept,” although it is one that has helped the industry understand what needs to change in the future.