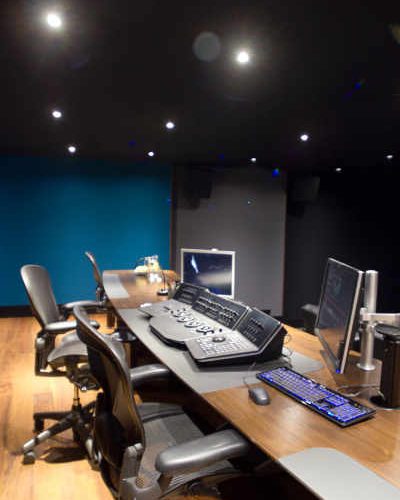 Goldcrest Post has undertaken a major programme to expand its presence in the UK’s post-production industry, with a major up-grade of its London, Lexington Street studio.

Founded in 1997, Goldcrest Films is an iconic name in the cinema industry, with movies like Chariots Of Fire, Gandhi and Local Hero to its credit.

The company formed Goldcrest Post in 1992 and currently operates one of the industry’s premier audio post-production facilities from its Dean Street, Soho premises, as well as having a significant branch in Manhattan.

With this new project, Goldcrest Post is aiming to become the UK’s premier ‘one stop post-production shop’ for picture, audio and grading post work on feature film and high-end drama productions.

Building a large, state-of-the-art film and video post-picture facility was essential in order for the company to attract the right calibre of talent and compete at the highest level.