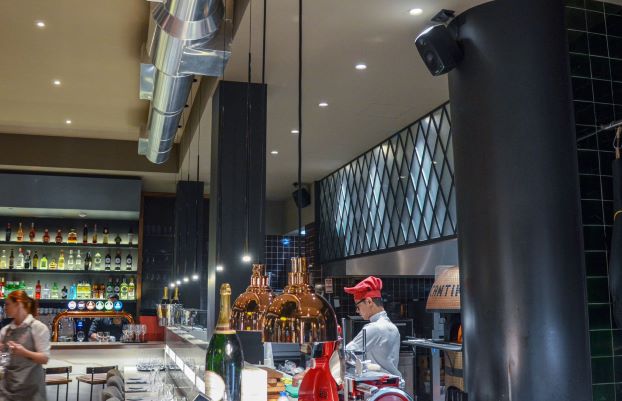 Garrett Audiovisuais recently designed and installed a sophisticated zoned audio and control system across all areas of the new Mercantina Bistro 37 restaurant in Lisbon, based on Genelec 4000 Series installation loudspeakers.

Located on the boulevard of the Avenida de República in the Saldanha district of the Portuguese capital, Mercantina Bistro 37 is the third Mercantina restaurant to open in Lisbon.

The elegant building was formerly home to Café Cubana, the favourite watering hole of a coterie of Portugal’s most famous surrealist artists. Seven decades later, the interior with its striking murals and rich colours designed by architect Tiago Silva Dias, offers echoes of the building’s surrealist past.

According to Garrett’s Alain Pierre who managed the project, Mercantina’s owners were frequent clients at JNcQUOI – a prestigious Lisbon restaurant already equipped by Garrett using Genelec loudspeakers – and were very impressed with the audio system.

“We were approached by José Bartolomé Duarte, one of the founding partners of the Mercantina brand, who asked if we could deliver a similar experience to JNcQUOI in their own new, high class Italian restaurant,” explains Pierre.

“We responded to the tender with a Genelec solution which convinced the client to award us the AV contract.”

The brief was to create a multi-room, zoned solution to deliver high quality ambient sound throughout the various spaces of the restaurant, as well as the glamorous cocktail bar. The owners also wanted the possibility to create more of a ‘club’ atmosphere when required, either for Friday and Saturday nights or private parties.

Four zones were designated in all: firstly, the bar which is served by four 4030 loudspeakers supplemented by a 7050 subwoofer. Garrett also supplied a pair of stereo audio inputs that could be fed from the DJ booth.

“The 4030s sound amazing at low levels for the daytime and early evening crowd, but they are powerful enough and have sufficient low end that they sound great when you turn it up for more of a party atmosphere,” says Pierre. “When you add the sub into the mix, the whole place starts jumping!”

Garrett opted for six compact 4020 loudspeakers in the main dining area, plus a further 7050 sub for low-end extension when handling DJ performances or other sources. Single 4020 speakers have also been supplied for both Mercantina’s semi-private dining area and the private VIP room.

A Xilica Neutrino A0816 audio matrix was deployed to define the zones, and level is controlled from a Xilica 7-SM touchscreen. All the other parameters have been pre-defined and locked out to ensure that neither the matrix nor the speaker system will ever be overloaded or overdriven.

“Our biggest issue was dealing with the challenging acoustics, as the restaurant occupies a beautiful old building with high ceilings – it looks good, but it’s quite hard to make it sound good!” recalls Pierre. “Ceiling height was definitely an issue, especially in the semi-private area, so we made some EQ adjustments within the audio matrix to correct the acoustic defects in the room. Combined with the room compensation controls situated on the rear panel of each loudspeaker, and of course the exceptional sound quality inherent in all Genelec loudspeakers, we have achieved excellent results.”

Mercantina founding partner, José Bartolomé Duarte, confirms that the results are indeed all that he’d hoped for.

“We loved what Garrett had achieved at JNcQUOI. The whole installation just oozes quality – both aesthetically and from an audio perspective. I wanted the same thing for our new Mercantina restaurant which is aimed at a similar clientele, and I’m pleased to say that Garrett has done a great job. We have a reliable audio system that complements the aesthetics of the space, sounds excellent, and is flexible and easy to use. The results are exactly what we’d hoped for.” 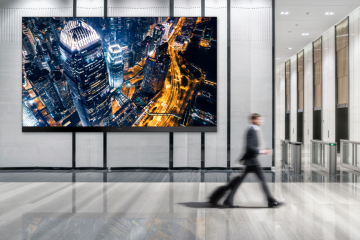 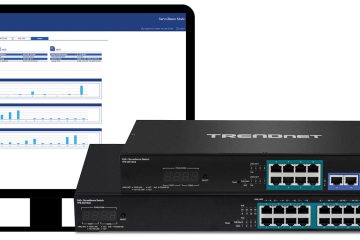 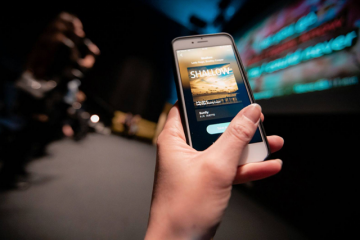 Remote And Touchscreen-Based Technology In Hospitality