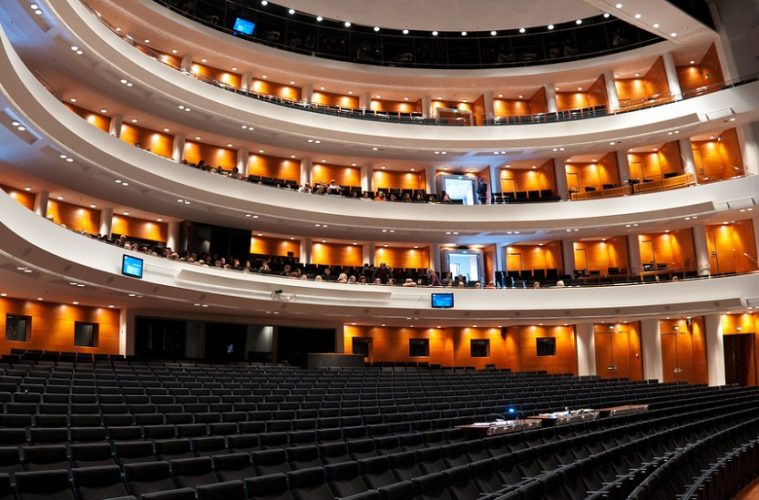 Wavemark’s Santu Sipila designed and implemented the new audio system for the Finnish National Opera, which is based in the Opera House on Töölönlahti bay in Töölö, Helsinki.

The FNO is the only professional opera company in Finland, tracing its history back to 1911 – though the Ballet was founded later in 1922.

The Opera’s fortunes have flourished alongside those of the country itself, though for decades the company occupied the tiny Alexander Theatre, in 1993 it moved to its own purpose-built Opera House as soon as it was finally inaugurated.

The main auditorium seats more than 1,300 and the venue also houses a studio stage, as well as utilising foyers for smaller and free events.

The newly-installed set up features a TiMax2 SoundHub S-64 with AES I/O plus a Dante64 interface which enables access to the venue’s new permanent Dante network infrastructure.

Radio mic channel direct outs from the Digico SD7T console feed into the SoundHub whose dynamic delay-matrix maps them onto the distributed d&b Q, V and T Series loudspeaker system to achieve continuous and precise localisation of the actor’s voices for all audience members.

The major audio renovation was completed late last year in time for use with the current sold-out production of Phantom of the Opera, with sound design by Sakke Kiiskis and Andreas “Stanley” Lonnquist; who is also a founding member of the Wavemark sound consultancy.

The production’s very large number of soloists, chorus and dancers meant TiMax spatialisation automation was a significant factor in achieving a level of authenticity and impact to match the high production standards that the directors and the FNO strive for.