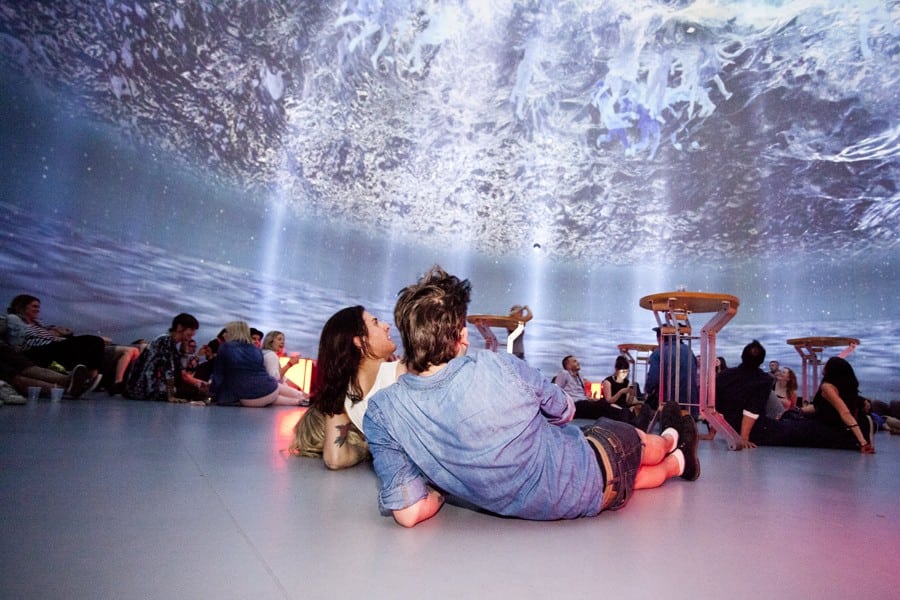 Europe’s ‘First’ 360° Cinema Set To Be Built In Plymouth

Box office returns may be higher than ever, but UK consumers have already signalled that they’d rather stay in and watch a film that pay the high price of a cinema trip. Thankfully, the industry is working around the clock to get bums on seats, with many turning to the latest and greatest technology to entice consumers to pay the admission fee to attend their local multiplex.

Just last week Odeon signed a partnership with Dolby to bring its Dolby Cinema concept to the UK, which offers deep imagery through Dolby Vision and immersive 3D audio through Dolby Atmos, but a cinema in Plymouth could be the most immersive yet. That’s because plans for Europe’s ‘first’ 360° cinema have been approved by the city council.

The use of 360° imagery isn’t exactly new in a cinema setting, although it’s been achieved various different ways. One of the ways in which cinema chains have been using 360° imagery is through VR. Both IMAX and Curzon Cinemas have begun offering film buffs the opportunity to step into their favourite movies using VR experiences, although it’s yet to be seen if VR alone is enticing enough to get people to the cinema.

One of the earliest examples of 360° cinema is Circle-Vision 360°. This technology was developed by the Walt Disney Company for use at its various theme parks, and has been used in a variety of attractions since 1955. The technique allows parkgoers to be immersed in their environment with a large number of screens placed around the room showcasing a different portion of the image. The technique uses an odd number of screens with small gaps between them to ensure that a projector can be placed in between each gap, this then projects the image across the room to a screen.

While Plymouth’s Devonport Market Hall is claimed to be the location of Europe’s ‘first’ 360° cinema, it’s not technically true. Those visiting Disneyland Paris between 1992 and 2004 may remember The Timekeeper, which was an attraction at the park using the Circle-Vision 360° technology.

There is an argument to be made that Plymouth’s 360° cinema will be infinitely more immersive than what was on offer at Disneyland Paris. That’s because it’ll be a 360° dome cinema, offering projection in just about every direction. This should further immerse the viewer in the action, with those behind the project hoping that cinemagoers will think they’re actually in the action.

A 15m diameter dome-shaped VR cinema will be installed in the space, although it’s yet to be confirmed what AV will be used. A similar cinema in Canada, called Satosphere, utilises 8 projectors and 157 speakers in order to immerse its visitors, so it’s likely that a similar set-up will be installed in Plymouth.

The dome itself will be constructed as an aluminium mesh, with the projections and sound all coming from outside the cinema. It will cover a total field of view of 210°, although the flat floor should give the feeling of a completely 360° setting. In Canada, capacity for the cinema is rated at 350 people, and it’s likely that Plymouth’s will be slightly less – as it’s 3m smaller in diameter.

Plymouth’s 360° cinema is set to be open to the public by the end of 2019, and is currently being built by contractor Kier. 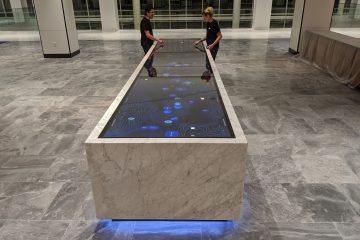 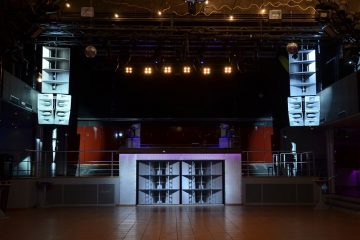