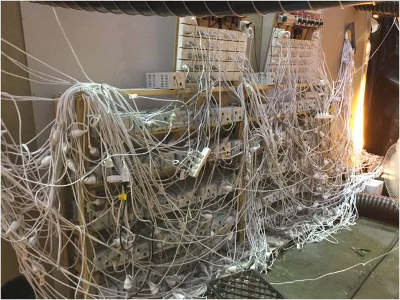 NSW Police Force used their Facebook page to spread awareness of cable safety after uncovering a dangerous nest of cables within a Sydney warehouse that was being used to grow cannabis.

The huge tangle of piggy-backed power cables featured power reportedly stolen from a substation, routed through a nest of power boards and cables.

Inside the property, officers uncovered an extensive hydroponic set-up for the manufacture of cannabis, as well as 653 cannabis plants worth an estimated A$2.2m ($1.6m, £1m).

The men – a 53-year-old from the Melbourne suburb of Footscray, and a 38-year-old from Earlwood – were taken to Newtown Police Station.

A police spokesman commented that the dangerous cabling “could literally be death by power-point!” – warning that hydroponic cannabis set-ups are hazardous.

13 Cable Messes That Will Haunt You 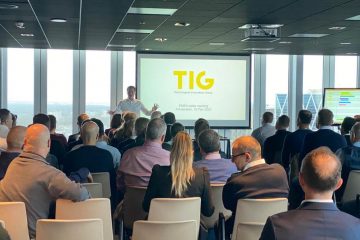