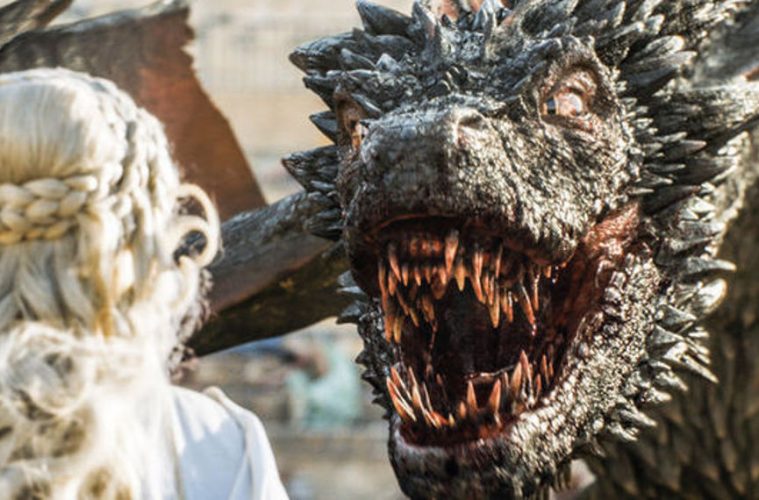 Crowd Turns On Game Of Thrones Projection Dragon In Philadelphia

People expect a lot from projection mapping onto buildings these days; you only need glance at this phenomenal projection display for Stephen Hawking – or at the time when the Empire State building was lit up for the first time with projected images after Cecil the Lion was killed by an American dentist – to see what the technology is capable of.

Spectators in Dilworth Park, Philadelphia must also have been aware of the possibilities that lie within projection onto buildings as at a recent launch event celebrating the fact that Game of Thrones season 5 (see our review) has been released on Blu-Ray (in Dolby Atmos, no less), the crowd started booing the 3D animated projection of Khaleesi’s dragon, although moments before, seeming to enjoy it.

One spectator comments: “Philly is a tough crowd! Hard to please. It doesn’t look good!”

See the crowd’s reaction to the projection mapping below after initially being impressed with it.

The moment the crowd became displeased with the show. I thought it was cool! Philly is such a diva! Lol! #got5dvd #Philadelphia #dilworthplaza #masonictemple #gameofthrones #asoiaf Hey @hbo @gameofthrones I guess these wildings from North Philly expected more…. Ungrateful bastards!