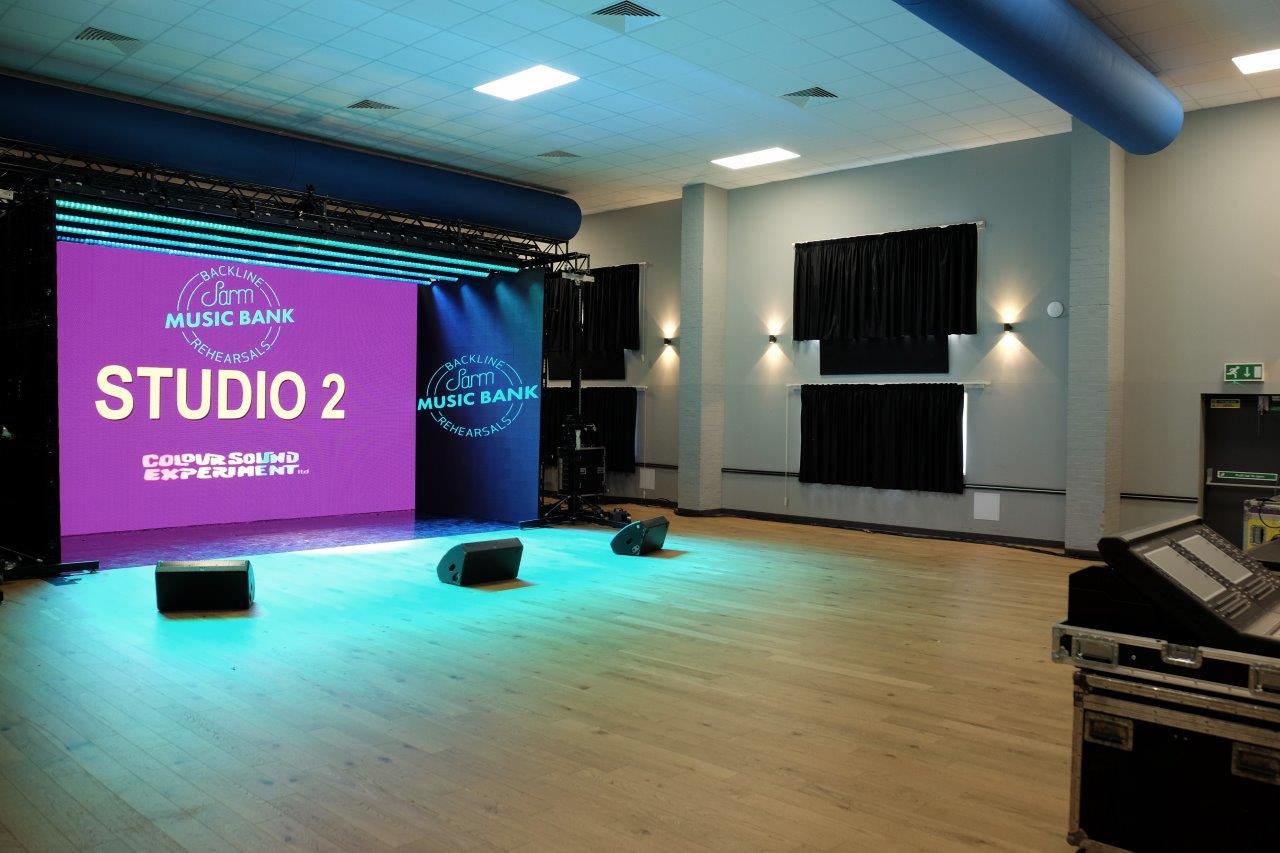 Each studio now has a fully equipped, modular and scalable lighting, video and multi camera system ready to go. FOH, Monitor and Broadcast mixing are taken care of in house. Dedicated leased line broadband along with Source Connect is available if needed, and a suite of breakout rooms including dressing room, artist lounge, manager’s office, interview rooms and a kitchenette are part of each studio.

Each step of the process has been carefully considered to ensure that artists and crew can operate safely, from a socially distanced chauffeur to contactless catering options.

Haydn Cruickshank, Managing Director of Colour Sound Experiment, was contacted by a band wanting to do a live stream. “Just down the road, Music Bank’s premises were already almost tailor made. They have a world class selection of Backline equipment for hire to complement Colour Sound’s vast Lighting and LED stock, it was a perfect choice.”

Music Bank Director Jimmy Mac had already been exploring the idea of setting up a semi-permanent flexible installation, to help artists still reach their fans. The rooms have been set up with a starting framework which can either support existing touring rigs or be enhanced using the two companies pooled resources.

“As soon as it became clear the live sector would have to write off this year, I started to look at options for artists to connect with their audience. I set up a true one stop Music Bank Production House to cover all areas. Having successfully worked with Colour Sound on many other projects, and the fact we are literally neighbours, H was of course my first call. After that we continued to partner with other tried and trusted like minded suppliers and are now happy everything is in place.”

For shooting, they have the latest LED lighting and 4K Sony FS7 Cine cameras with lenses that deliver cinema quality, industry standard for high end TV. Traditional green screen is also available or cutting-edge walls can be set up using 2.6mm LED screen.

With the first artists now having christened the space, the studios at Music Bank are fully up and running.