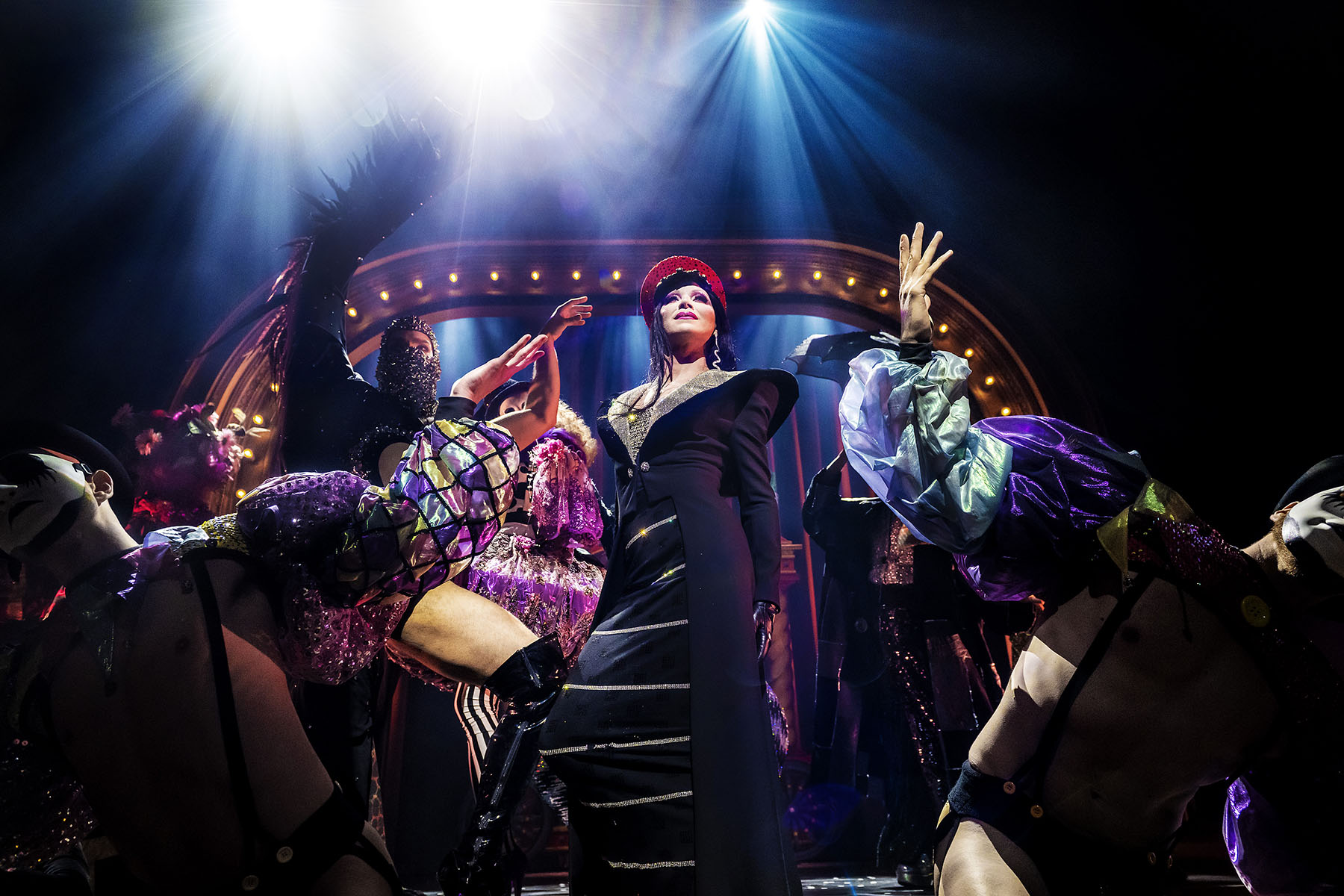 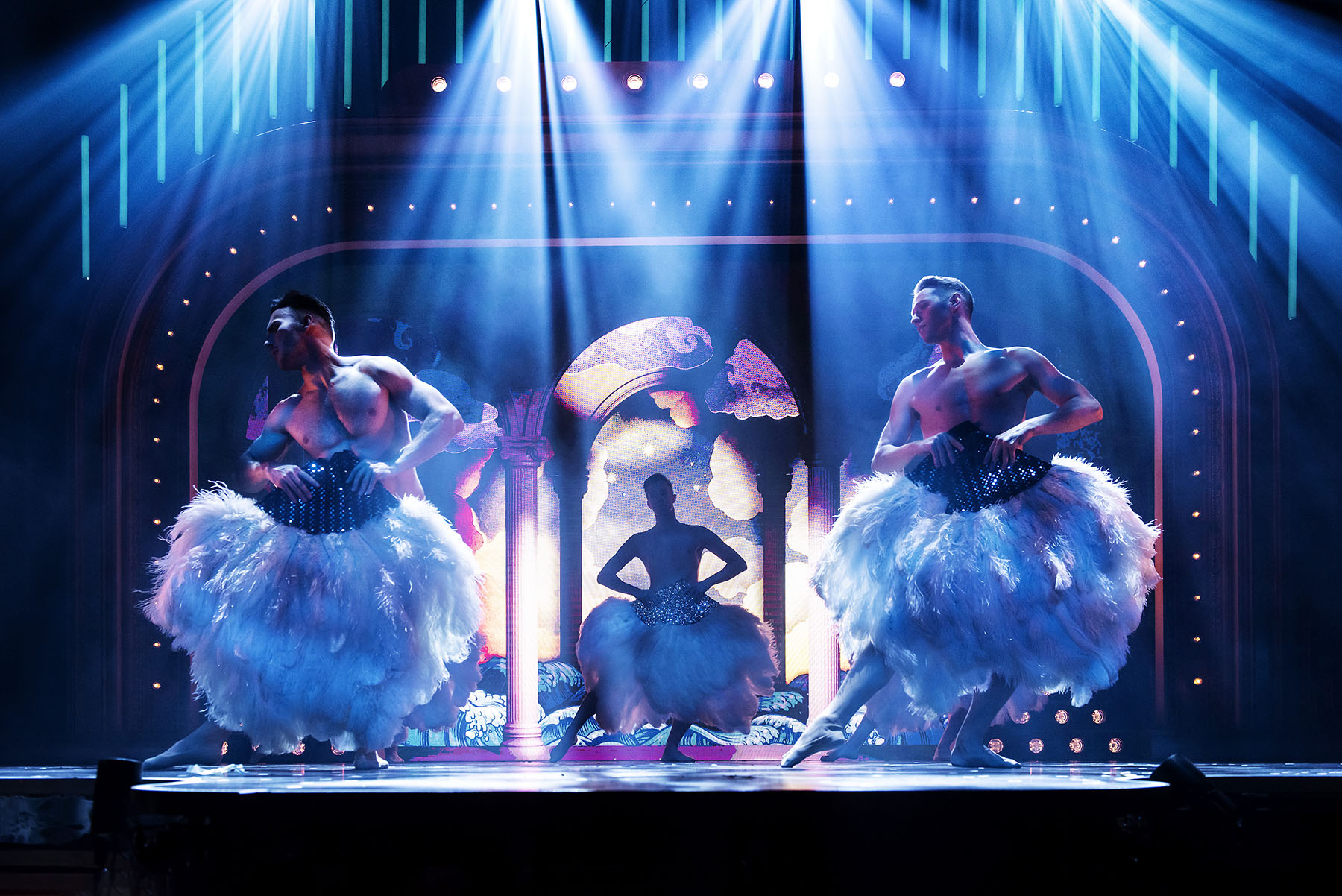 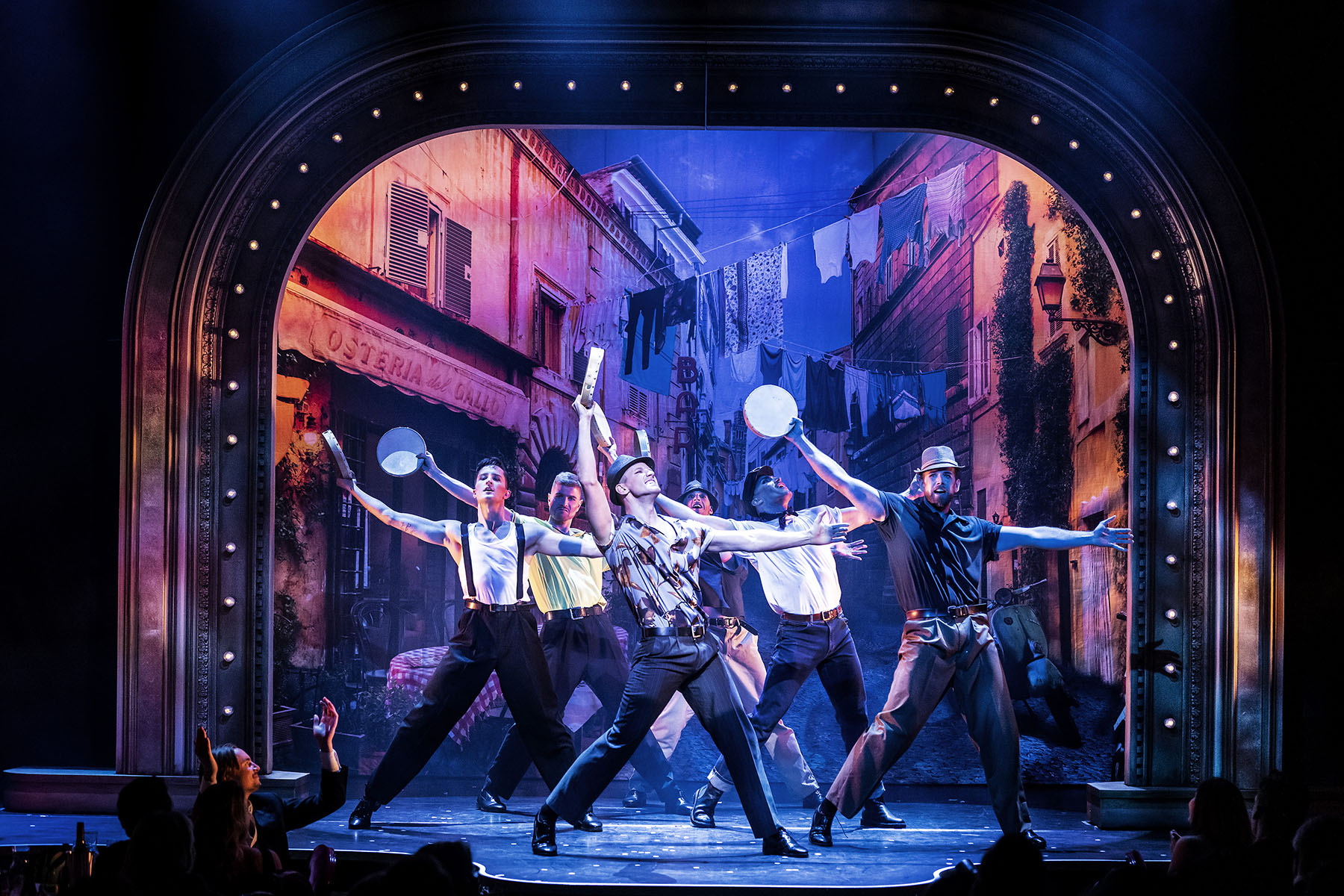 Club After Dark is a vibrant new “Dinner Drag Decadence” supper club / cabaret concept, created by legendary Swedish drag artist and performer Christer Lindarw, a colourful, fun-fuelled extravaganza of music and dance directed and choreographed by Hans Marklund, with music directed by Kent Olsson who is also a co-creator of the show together with Christer and Hans.

Staged at the Vasateatern (Vasa Theatre) in Stockholm, the show is lit by Mikael Kratt, who was asked onboard by Hans and producers My Blomgren and Mikael Jernberg, to craft an appropriately spectacular and dynamic lightshow for the evening, which unfolds over three hi-energy acts embracing multiple musical genres.

Mikael immediately thought of Robe’s MegaPointe for this task and specified 14 of these compact versatile multi-purpose luminaires to be at the heart of the show’s lighting supported by nine Robe Spiider LED washes.

Two Robe BMFL WashBeams together with one MegaPointe are running on a RoboSpot remote follow spotting system.

“MegaPointes were the first fixtures that came to mind for this show,” confirms Mikael. “They were a perfect solution in every way!” – a conclusion he made having used MegaPointes and Spiiders on many other projects. He needed plenty of dynamics and diversity to make the show come alive with visual eloquence.

The brief was to bring a fresh contemporary look to the stage but with a touch of classical and retro, a nod to the original After Dark shows that were so groundbreaking in their time.

The first two acts are more refined and theatrical with printed back cloths and other drapes coming in and out. The second act ramps up with a parade of Burlesque costumes andits own mini-musical before the guests enjoy their main course. Anyone getting sleepy by dessert receives a giga-jolt of energy as the third act explodes in a whirlwind of colour, excitement, and a hard pumping power pop finale, complete with the reveal of an expanded stagewith built-in lighting effectsand the upstage LED screen.

“The treatments for this show use techniques from a wide spectrum of lighting disciples – theatre, concerts, dance, cabaret, opera and TV – and there is simply so much you can do with a MegaPointe, so it was a must-have choice,” commented Mikael.

The fixtures are rigged on two over-stage truss boxes with the MegaPointes towards the back of the performance area.

The other big challenge was the Vasateatern’s exceptionally tight stage space, an aspect that constantly characterized the original After Dark shows, and with that, the limited weight loading on the two roof trusses.

“MegaPointes were small and light enough to tick those boxes as well,” he stated.

He used the fixtures to close the space and make it intimate and personal for the first act and fine-tuned the environment for the musical richness of the second act with “classy spotlighting, great gobo work and the amazing colours.”

Then for the eruption of energy and big ballsy looks boosting the third act, the brightness of the MegaPointes was needed to complete and cut through the intensity of the LED wall in such close proximity.

Christer loves the drama of a classic follow spot aesthetic, explained Mikael, but with absolutely no space for traditional follow spot positions in the venue, he thought RoboSpot could provide a modern technological answer!

The two BMFL WashBeams are positioned centrally, one over the stage and one on the advanced bar with a MegaPointe on the RoboSpot system deployed upstage centre where a smaller light was required due to headroom restrictions. The BaseStation is shoehorned into one of the old private ‘loge’ gallery boxes stage left which is no longer used by the public.

The nine Spiiders are all above the stage and provide general stage and set washes. They are largely hidden from view but play an instrumental role in the show. “They are a small light fixture with a great punch and excellent colours,” he states. Mikael also loves the flower effect.

“It’s a fabulous extra trick in the hat of surprises!”

The Vasateatern’s main lighting rig contained some Robe DL4S and DL7S Spot luminaires which were installed with a technical upgrade in 2016, so Mikael decided to incorporate these into the Club After Dark show.

It is the first time he has used them and particularly rates the DL7S Spots which are hanging on one of the front bars. “They are great for producing good skin tones and I appreciate the accurate shuttering” he comments.