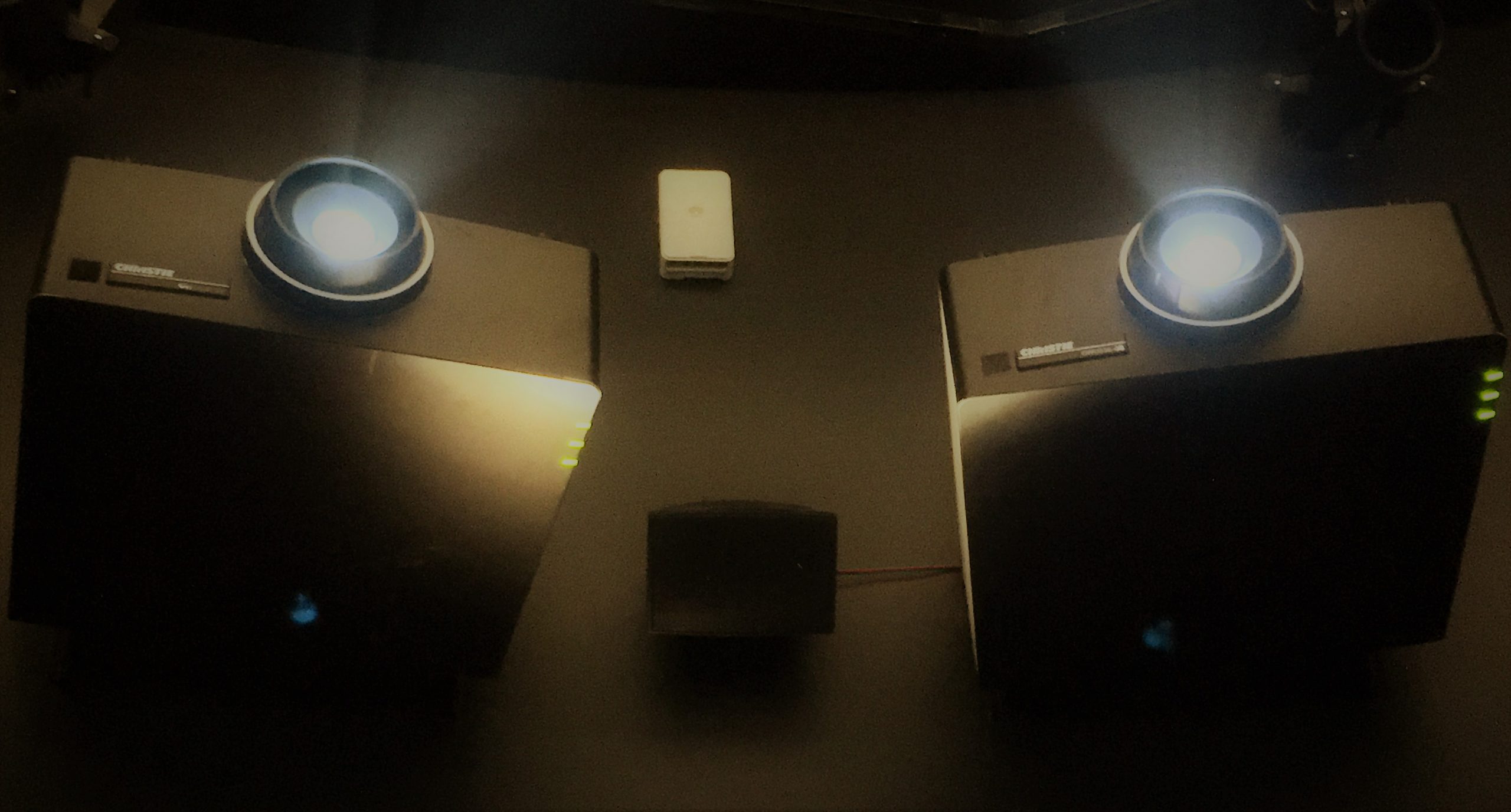 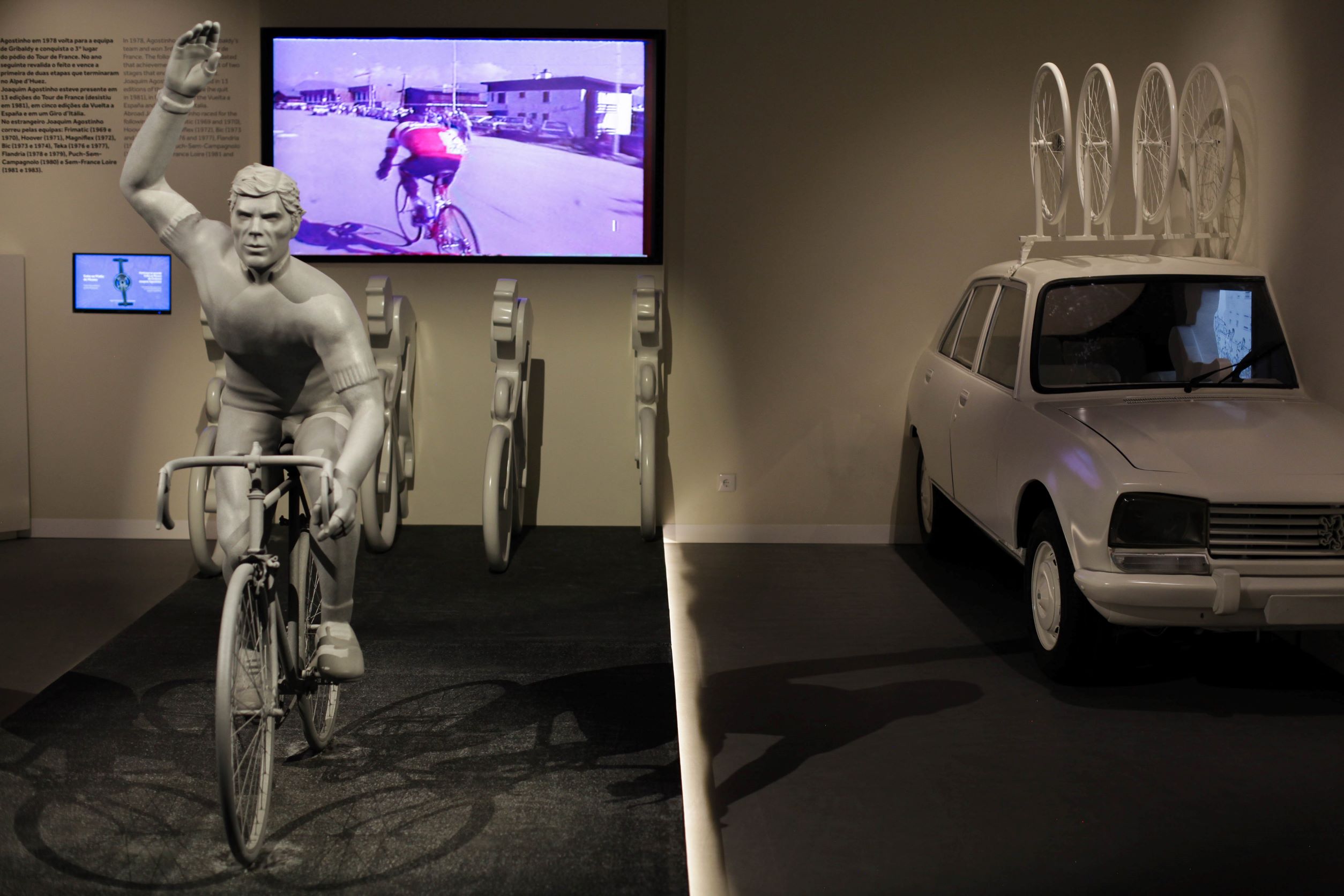 Joaquim Agostinho, the best Portuguese cyclist of all time, now has his own museum in the municipality of Torres Vedras (district of Lisbon). The recently opened museum offers several audiovisual experiences powered by Christie 1DLP laser projectors and LCD panels. The equipment was integrated by Luzeiro, Halogéneo and ADLC Audiovisuais, working with the distributor Total AV, who chose Christie’s solutions because of their “quality, reliability and performance.”

A national hero in Portugal, Joaquim Agostinho’s sporting career spanned 16 years, between 1968 and 1984, winning all Portugal cycling races and eventually joining the international circuit, which included 13 stints in the Tour de France. He passed away in 1984 after an accident during the Volta ao Algarve. Before his cycling career, he served with the Portuguese army in Angola and Mozambique, where he delivered messages on bicycle because he was able to ride 50 kilometres in two hours where it took other soldiers five.

The new Museu do Ciclismo Joaquim Agostinho, located in Torres Vedras, the cyclist’s hometown, was conceived to preserve Agostinho’s memory and to promote cycling as a sport and as a social activity. The museum is divided into several different spaces for temporary and permanent exhibitions and displaying Agostinho’s memorabilia and information as well as those from other cyclists from Torres Vedras.

The modern interactive museum boasts a variety of multimedia content. “The client was looking for a dynamic museum and not an interpretation centre, so that’s why it was so important to have a striking visual and interactive component that could be regularly modified to keep it alive and attractive,” explains Vitor Paiva from Luzeiro.

The temporary exhibition called Um Outro Lado da Bicicleta (The Other Side of the Bicycle), on view through the end of the 2022, is proving to be one of the museum’s biggest attractions. This show features an immersive projection on a 14m curved screen using 12 Christie DWU630-GS 1DLP laser technology projectors with 6750 lumens and WUXGA resolution.

“This projection, an overview of the various uses of the bicycle over the course of history, immerses visitors in the audiovisuals and makes them feel part of the story told in the videos,” points out Vanessa Oliveira, the museologist at Museu do Joaquim Agostinho. “In that regard, the projection is much more dynamic than other visualization technologies like LED,” she adds.

For Vitor Paiva, from Luzeiro, the chosen projectors “are perfect for working 12/24. We are particularly pleased with the high levels of contrast ensured by Christie RealBlack technology as well as the Zoom lens and the compact size of the projectors. It’s just what we were looking for in this project.”

In addition, the museum also uses another two DWU630-GS for blending in the auditorium as well as a Christie D20HD-HS for the museum’s outdoor space. “This 1DLP laser model with 18,500 lumens and HD resolution has built-in Christie BoldColor technology which guarantees intense, life-like images with high levels of brightness,” explains Luis Carmo of Total AV.

Meanwhile, the permanent exhibition called 53:11 Esforço e Glória (53:11 Suffering and Glory) explores the evolution of cycling and the sport’s different forms and events, its heroes and the memories of fanatic followers of the big cycling races. It also includes a core section dedicated to the life and sporting history of Joaquim Agostinho, underscoring his triumphs, adventures and memories.

For this exhibition, the museum used various Christie large format LCD panels, the UHD751-P and UHD861-P models. “They are really reliable displays that produce striking, highly attractive images for their large size (75 and 86in respectively). The fact they have 4K UHD resolution was another decisive factor in making our choice,” revealed Luís Rodrigues, CEO of Halogéneo.

The museum is delighted with the Christie solutions: “The truth is that they are a wonderful resource for the museum, and fulfil our needs exactly, adding incredible dynamic colour to our exhibition rooms. Another big plus is just how easy they are to operate for our staff and the little maintenance they require,” claims Vanessa Oliveira. “On that note, I would also praise Total AV’s really helpful maintenance support and their total cooperation whenever we need them,” she added.

Vitor Paiva, from Luzeiro, also wished to underline the work of Total AV and Luis Carmo as Christie’s distributor in Portugal: “From day one, Luis and his team were completely on board with the project, initially in the pre-sale phase and then helping us make the right choice of equipment for the optimum functioning of the museum to the standards of quality demanded by the client, and finally, during the installation, where they played a critical role in the technical support and back-up.”