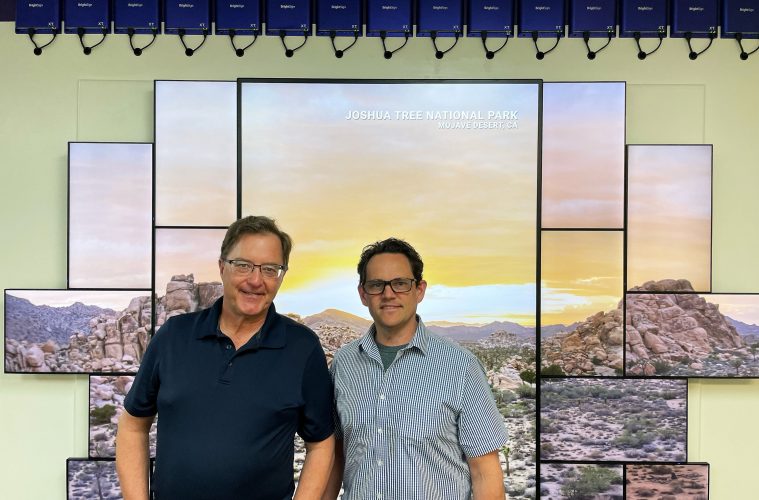 BrightSign has expanded its executive team with key hires to fuel the company’s aggressive growth trajectory in the months ahead. Greg Herlein joins BrightSign from Amazon Web Services, while Matthew (Matt) Neutra comes to BrightSign by way of Bose Corporation. Collectively, they bring to the company more than four decades of experience developing and deploying digital signage for some of the world’s most notable and respected brands.

“To land either Greg or Matt individually would be a huge win for our company, but for them to join simultaneously speaks volumes about the opportunities that lie ahead for BrightSign,” says Jeff Hastings, CEO of BrightSign. “We’ve set some aggressive growth targets for the next few years and filling out our senior ranks with top performers from across the industry is precisely what we’ll need to deliver on those commitments.”

Greg joins BrightSign as Head of Software Engineering following a long tenure at Cisco and, most recently, at Amazon Web Services (AWS). He is a digital signage industry veteran with deep media and cloud expertise. At AWS, he earned certifications as a Solutions Architect, DevOps Engineer and Certified Developer. Greg has extensive SaaS expertise across multiple large enterprises where he designed, built and managed products such as the Walmart Smart Network, Cisco Infinite video platform and the Cognitive Networks advertising monitoring platform. He holds multiple digital signage patents and was selected as a Technicolor Fellow. Greg served previously at BrightSign, during which time he built the Sonos retail display.

Matt recently left Bose Corporation to become BrightSign’s Senior Product Manager and Lead Experience Engineer. He’s been at the bleeding edge of immersive media, experience design and digital signage for more than two decades. During his extensive tenure at Bose, Matt founded the Bose Demonstration Engineering Group and was responsible for the technology behind hundreds of Bose store experiences and more than one hundred thousand Bose automated display experiences worldwide. He holds four US patents for hardware, software and interfaces related to immersive media and digital signage.

Matt’s passion for bridging the gap between consumer electronics, entertainment and technology throughout his career suits him perfectly for his new role at BrightSign, where he will be instrumental in helping the company cement its position in established markets and forging new paths into emerging segments.