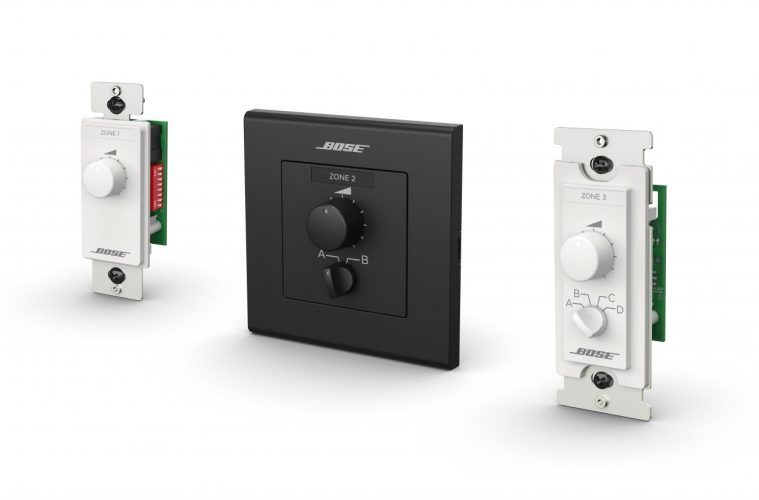 Bose Professional will use InfoComm 2016 to introduce its new ControlCenter zone controllers. The ControlCenter series is a set of remote controls for use with Bose FreeSpace amplifiers, PowerShare amplifiers and ControlSpace processors.

The interface has been designed to be intuitive and easy-to-use, making it simple to configure all ControlCenter units with FreeSpace, PowerShare or ControlSpace products. Three ControlCenter models are available in either black or white and all models fit in 1-gang electrical box sizes in Europe, North America and Japan and and can be daisy-chained to reduce wiring.

The European model is supplied as a finished wall plate in an 86×86 mm size commonly used throughout Europe, UK and Asia, while the North American and Japanese models are designed for use with Decora-style wall plates.

The new products are expected to ship in July 2016.