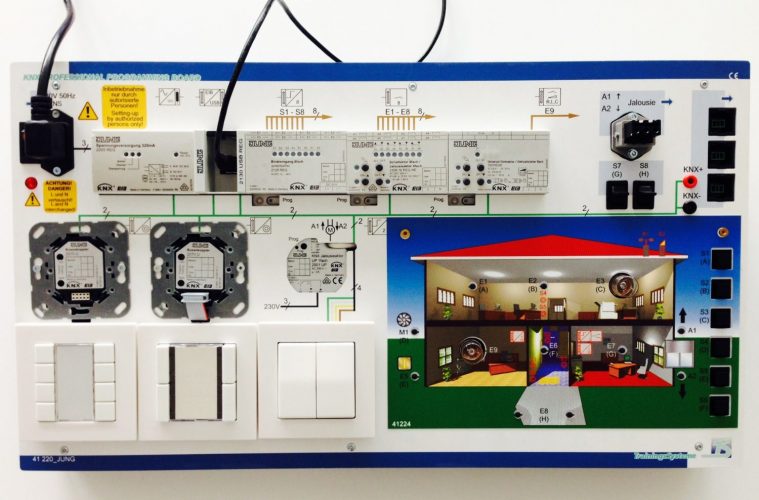 Bemco: Not Your Average Electrical Wholesaler

Electricians and integrators in the UK will already be familiar with Bemco (The British Electrical & Manufacturing Company Ltd), a third generation family business specialising in electrical supply and distribution. First established in 1893 in Newcastle upon Tyne, the reputable company now boasts seven branches across the UK (four in London) and is a founding member of the ANEW buying group, supplying a wide range of quality electrical products from a plethora of major manufacturers.

However, in a departure from the traditional wholesaler that tends to mostly cater to the ‘unglamorous’ (for want of a better word) side of the electrical industry, Bemco is ready to position itself to make the company more approachable to all levels of electricians whilst targeting the younger, smartphone era of installers who are embracing new opportunities that the advances in technology bring.

How does Bemco aim to do this? By offering KNX training, and for free.

“We have our trade counters and we serve customers for daily tasks, but we want to get more involved with project work and higher value installations, helping customers upgrade their homes using the latest home automation technology. The controls markets has moved on from multi-room or the the home cinema world – the market that was previously the private preserve of the footballers and the wealthy – in perception,” says Julian Barkes, KNX sales and marketing, Bemco, welcoming CIE into the company’s large Wandsworth branch.

“What we are trying to do is market these new control technologies so that they’re more approachable to the mass market of electricians in general.”

One of the technologies Bemco is backing is KNX, an open protocol building control technology that talks to lots of different companies’ devices, allowing them in turn to talk to each other.

“Over 400 manufacturers make devices and components that talk to each other, so this is not a flash in the pan, fly-by-night new technology – it’s been established now for 26 years,” says Julian.

Already gaining traction in Germany and France, KNX is quickly starting to gain more attention in the UK, and if Bemco has anything to do with it, there is no reason it won’t be one of the most well-known open protocol building control technologies.

“What we’re trying to do – which is a departure for us as a wholesaler who essentially makes money by shifting boxes – is to present ourselves as experts who can hand-hold and educate the electrician about these newer technologies.”

Bemco is offering a free KNX taster seminar at Wandsworth, which can be followed up by a KNX Certified Partner basic course and then an advanced course – although the two latter sessions come with a charge.

“KNX is an untapped resource for education at the moment because it doesn’t exist on the curriculum at the moment,” Julian points out. “KNX ­– and control technology in general – needs to be a higher priority and a more established part of education at a much earlier stage, at apprentice level. That’s something that collectively the industry needs to influence – we can’t do that alone, we are a wholesaler, but we are going so much further than a traditional wholesaler would. It’s not really our role but we’re doing it because we’re passionate about it and we believe in it.”

Not limited to electricians, the taster course is open to AV installers, software programmers, consultants and developers, even homeowners.

“It’s an advantage to have an electrical background as there are fundamentals they need to know about, but there’s no criteria that attendees need to follow in order to attend.”

The intro course presents itself as the ideal platform for electricians or installers to educate themselves on KNX, each ‘student’ being welcome to see if KNX is suitable for their business.

“You can’t have failed to have heard about KNX if you’ve been to various exhibitions of late, whether it be ISE or Light & Build ,” asserts Julian, “so if anyone wants to have a look at this KNX market they should come along to one of our informal intro courses which is two to three hours long. Then they can consider joining the proper training course to become a certified integrator or KNX partner.”

Although a handful of other businesses offer KNX training in the UK, none offer it for free ­– or in such a central location.

“London is where the action is,” Julian nods. “Competitors charge for the intro course, but we want to raise awareness rather than make money. KNX is getting more and more traction with the house-builders, the contractors, consultants, architects and interior designers. The fact that it’s also an open protocol technology, as well as being flexible and scalable (not to mention being cheaper than Lutron and other protocols) proves it is something that’s got legs, and that’s why we’re backing it.”

Julian admits that any training that takes a few days to complete can be a difficult sell as the cost combined with any loss of earnings for those days can put electricians off. “That’s another reason we are providing the free taster sessions in addition to providing the advice and support after. We want to help them justify the investment.”

And Bemco isn’t just going after new customers with the training – it is also servicing existing integrators. Plus, KNX training is not just for residential professionals, it is increasingly being used in assisted living applications, care homes, hospitals, libraries and airports.

“This also opens us up for project work that brings in other functions, whether it be AV, camera IP technology for surveillance, or heating control – the whole thing can be integrated through this KNX protocol,” he says. “In turn, this benefits us by opening up our profile of target customers.”

The free monthly taster course takes place in Wandsworth, and then attendees are encouraged to sign up for the basic and advanced courses which take five days each to complete. These are 50% theory and 50% practical with two short exams on the fifth day.

“The trainer is an ex-spark, so he talks the talk,” says Julian. “He’s been there, done that and can talk with great experience on the process. We rotate the trainers around as we are building up a network of KNX integrators – we can mix it up, which is a key part of what we are trying to do. We are developing a mentoring scheme that gives electricians without the experience a leg up to have access to the more experienced guys to help them – and vice versa – the less experienced guys can work as marketing runners to open up more experienced guys to jobs that otherwise they wouldn’t get.”

With this KNX training, a traditional electrician could potentially up-sell their client into automation and lean on a mentor at Bemco to help them out with the KNX programming and with designing a plan.

An established business has that been operating for 125 years, Bemco has a reputation to upkeep, as well as wanting to push the boundaries of what a traditional electrical wholesaler can offer.

“In this game, trust and confidence is really important – we are positioning ourselves as knowledgeable experts in this field so we can give proper advice to customers in a world that is full of complication and new technologies,” Julian concludes.

“New products are coming onto the market all of the time and it is useful to have an ally that can help you keep up to speed with kit, or that can help explain things that are new and difficult to get your head around. This is particularly relevant for people that haven’t come across KNX in the first place.”