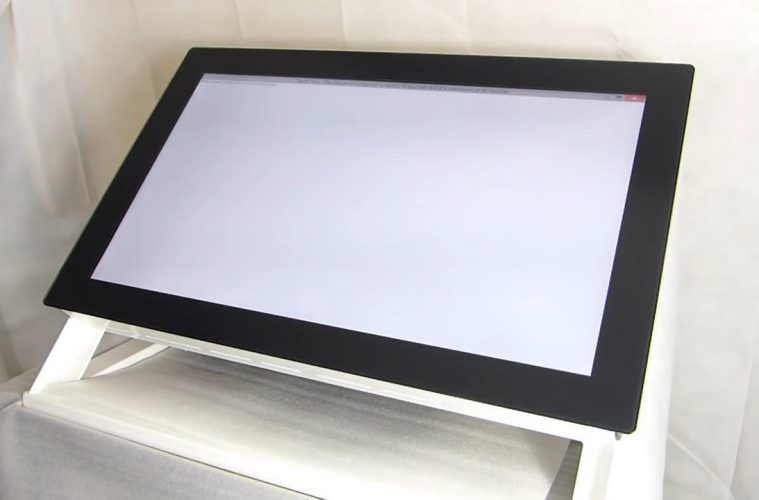 Behind The Scenes At Zytronic’s UK Facility

EI took a trip to visit with UK touch-screen manufacturer Zytronic and found a UK based company offering dynamism and innovation in a highly competitive market.

With the touchscreen now such a familiar site in so many sectors, operating in such a market means companies basically have two options, they can go for sheer volume and low margins or they can invest in creating significant points of difference, manufacturing flexibility and offering a more premium product.

Ever since CIE met with Ian Crosby, sales and marketing director at the company during the last ISE, it was clear Zytronic goes for the latter and the idea to make the trip to see what makes the company tick was born.

Located in Gateshead just outside the fine city of Newcastle, the company has been offering specialist glass-based products for over 40 years in many different markets from glass for gas masks, to coverings for CRT screens.

Producing specialist glass products for so long has meant the company has developed some core competencies which serve it very well in the touch-screen market. These include lamination, printing, drilling, thermal toughening and glass bending.

Making its own sensors also gives the company flexibility – able to produce a huge variety of shapes and sizes using a big range of substrate materials and the ability to deliver porotypes fast and with no fuss.

The company’s journey into the touchscreen market began in the 1990s as the company recognised the growth occurring in the sector. Already producing much of the raw materials that made up a touchscreen, Zytronic decided it should get involved.

Not wanting to be just part of the crowd, the company identified some patents and produced its very first touch-screen in 2000, the same year that the company was floated.

This released money to invest in the company’s manufacturing and innovation, a move that seems to be paying off as the company posted £21.1 revenue in 2017, generating a decent profit. This year looks set to exceed the previous year.

Sectors that the company now supplies globally via over 30 channel partners include vending, surfaces/tables, industrial, financial, leisure and signage.

The company can count some serious brands in its customer group such as Abuzz in Australia and To Navita in Japan for the signage sector, NCR and Diebold Nixdorf in the financial market with cash machines, Thermofisher of Singapore and the UK’s SmartEX for industrial solutions and customers right across the surface market including, Ideum in the USA and Suzo Happ from Australia.

The company also provides solutions into the gaming market for companies such as Scientific Games in the USA and to Coca Cola in vending.

Across all of these sectors the company is able to deliver different characteristics which make each solution well suited to its task, be it extra tough and gloved hand operation in industrial situations to very low maintenance cycles in the gaming sector.

A company enjoying impressive results must have found a formula that works for it and its customers and much of the secrete of Zytronic’s success is in the technology it uses. The company designs its own touch controllers, writes its own firmware and develops bespoke user interfaces. High quality copper micro wires just 10um thick are also used in the construction of the touchscreens to promote high-performance, but perhaps the most important technical aspect is the company’s use of Projected Capacitive technology.

Ian explains that one of the key aspects here is that interaction with the screen is detected from behind the substrate, making the company’s products extreemley durable and reliable. The company has machines that have been out in the field for over a decade and still going strong.

So, how does it work? Well there are actually two flavours: self-capacitive and mutual capacitive. There are several ways a touch-screen can be made to sense when its being touched, optically, via an audio signal or by electrical interference.

Zytronic uses electrical interference as conductors are placed behind the screen to detect when interaction occurs. Other methods look to produce similar results but using a surface that is conductive or a resistive method where pressure is detected.

Zytronic’s self-capacitive products detect changes in oscillation within the sensors of the screen generated by the human hand.

The change generated is very small, but it can be measured very accurately where on the screen the interaction has occurred.

Substrates using this technology can be very thick and are a good solution for public areas, however the technology is limited to being able to detect only two touches at a time.

When lots more interactivity is needed, this is where the mutual capacitive solutions come in.

The most obvious example here is one most of use every single day, you might even be using it now as you interact with a smart phone or tablet.

This method senses the change in charge moving from the top layer to the bottom and can accurately detect many more touches and interactions.

Delivering products with more interactive abilities, does not compromise and durability says the maker as it can still create very strong surfaces to deliver longevity to its creations.

Lots of this is again down to the company’s experience in glass production and the skilled work force it has in-house.

Creating the whole product in-house also gives the company the ability to produce exactly what the customer needs, small numbers of products can be catered for as well as the really big orders.

There is also a dedicated area which just concentrates on producing prototypes to provide proof of concept before production goes into full swing.

Ian explains that the company does have standard designs which it can use if customers want, however it does not target the mass market for touchscreens as its real strength is working with installers and customers to create something unique, it has the plant and the skill to do it, so this is the area the company likes to operate.

So; time to have a look around the production facility. Ian talked a lot earlier in the day about the factory having lots of impressive bang up to date technology, machines and automation to keep it at the cutting edge.

However, he was also at pains to point out that the company has not gone too far down the automation route as it likes to keep its skilled work force engaged in the production process giving its solutions a quality and attention to detail that machines cannot always deliver.

Walking around the facility, it’s obvious the work force are not merely button-pressers, but are fully integrated into the process and take pride in what is being produced, not an easy thing to deliver in the modern age and something which is a real credit to the company.

An instructive walk around the factory allows Ian to show just how using advanced manufacturing techniques, the company creates its toughened glass, curved screens, how the copper micro wire is added in the clean rooms and how the company is able to control and innovate at every step of the production cycle.

It’s certainly an impressive facility and Ian promises the company is keeping its foot to the innovation accelerator with new products on the way over the next 18 months. What impressed probably more than anything was the company’s openness and eagerness to work with customers and integrators to get just the right product for each product. 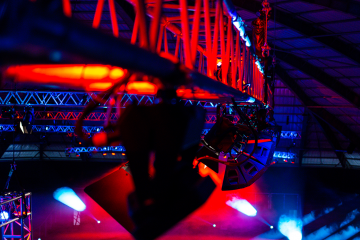 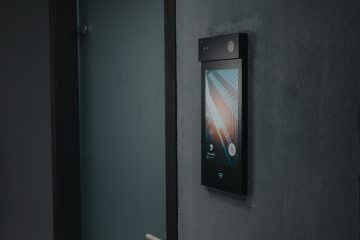