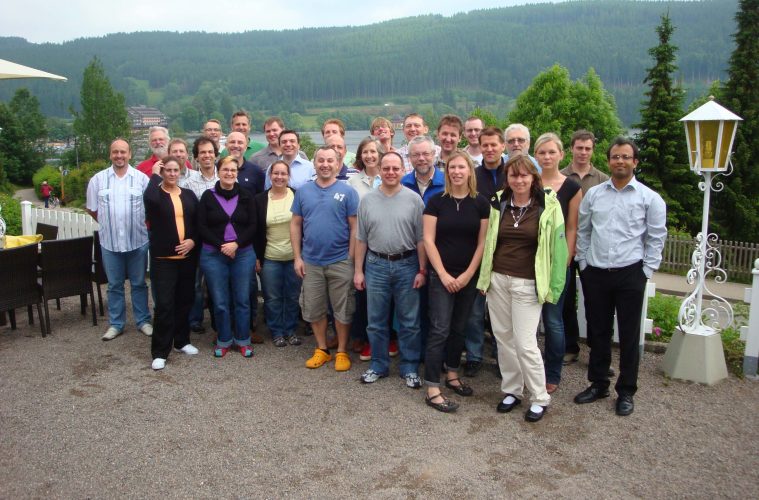 IP audio and control pioneer Barix this month celebrates its 20th anniversary. Over two decades, the Swiss company has grown from a control and automation upstart into a globally recognized Audio over IP innovator primarily serving the professional AV, broadcast and security industries, while supporting a variety of vertical markets within each. Barix has shipped nearly one million devices to serve control, streaming and transport applications for end users, OEM vendors, service providers and systems integrators.

Current CTO Johannes G. Rietschel founded Barix in 2001 to escape the trappings of corporate operations that slowed his product development ideas, which evolved from standard legacy network components to IT-focused control products by the turn of the century. “I had spent too much time traveling to tradeshows doing ‘research’ with little to show beyond expense reports,” he says. “My vision was to build a product that would fit the market and adapt to customer requests from there, instead of overthinking. That’s the premise on which Barix was founded.”

The broadcast industry was among the first to take interest, with radio engineers recognizing that Instreamer and Exstreamer products offered a low-cost alternative to expensive microwave STL systems. It wasn’t long before broadcasters adopted Barix to transport live program signals between studios and transmitter sites over IP networks. Around the same time, Barix saw quickly rising interest in its Annuncicom products for IP paging and intercom systems, and its Instreamer and Exstreamer systems for background music (BGM) delivery. Visionary integrators and service providers were soon moving BGM, paging, intercom and even control functions (HVAC, lighting and more) over a common IP architecture using Barix hardware.

By 2006, Barix had a global partner network — including the highly successful Barix Technology USA division, long managed by the late Andy Stadheim — and a worldwide presence in education, government, hospitality, medical, radio broadcast, retail, scientific, transportation and worship environments. Product developers, enthused by positive feedback, soon came to Barix requesting modular solutions to help them build their own products – a mission made easy thanks to Barix’s openly programmable IPAM modules at the core of their own products.

“Many of today’s primary Barix applications were discovered by chance, or developed through early enthusiasts,” comments Rietschel. “That’s especially true in broadcast, where many AM and FM radio stations didn’t have the budget for STL systems that ran tens of thousands of dollars. We also saw strong interest from music service providers and retail operations that urgently needed to transition from expensive satellite systems, and transit companies that were replacing copper with fiber. Barix was in a perfect position to assist these customers with their IP transitions, as our devices offered the combination of price, reliability and performance they needed.”

He recounts one challenging period in this timeframe when RoHS environmental regulations forced a substantial product redesign. Barix ran low on cashflow, and one shareholder opted out of further investment. Rietschel worked for months without pay and invested more of his own money to redevelop products and meet regulations. Within months, Barix sold several thousand of the then-new Exstreamer 100 decoder — a product that remains available today.

Barix was also an early innovator of SIP (Session Initiation Protocol) technology, first adopted by security customers for efficient VoIP connections and now gaining traction in broadcast; and among the first to merge digital signage and BYOD mobile applications with its AudioPoint solution. Meanwhile, the company’s OEM business continues to flourish; Barix is now on its fourth-generation IPAM Series module (IPAM400), and most recently introduced its IP Former solution to help loudspeaker manufacturers transition their legacy products to IP networks.

The unending innovative spirit and sense of creative freedom at Barix has been instrumental in the company’s global growth. The company continues to attract engineering talent from inside and outside their core industries, and recently opened a new “innovation center” in Portugal that focuses on research and development for new and existing markets. Current CEO Reto Brader, who has accelerated the company’s transition to more cloud and SaaS solutions, jumped at the opportunity to join Barix after growing familiar with Rietschel’s continuously evolving vision. He finds Barix inescapable even while just going about his daily business.

“I take the Swiss federal train system to work every morning, and I smile knowing that the platform announcements come from an Annuncicom at a dispatch center hours away,” says Brader. “The same is true when I’m on the New Jersey Transit train system heading into New York City, or the Metro in Rio de Janeiro. When I go skiing at the Titlis resort in the Swiss mountains or drive onto the BMW campus in Munich, Barix solutions deliver the music and open the entrance barrier. I was recently communicating with a university research department using Barix for remote-controllable construction digging. I’m constantly surprised at where and how Barix devices are used, most of which tie back to efficient use of the public internet.”

One of Brader’s favorite stories is from a farmer in a rural northwest area of the United States who uses Barix to play music for 3000 cows on a 30-acre dairy farm. “It’s been running in a very harsh weather environment where the temperatures are very extreme and power issues abound, yet it all keeps running,” he adds. “The creativity and innovation at Barix extends to our partners and customers that continue to find unique and compelling ways to use our products.”

Rietschel adds that the longevity of their installed products correlates with the longevity of Barix. “Our products are reliable and hold up well over years and even decades, and the more recent generations of our products will have even greater longevity through firmware updates,” he says. “While we have never been the biggest company, we remain profitable and have made it through 20 years and challenging business environments without ever laying off employees.”

“The loyalty of our customers and our embrace of open standards and creative, programmable IP solutions have been at the foundation of our success to date,” he says, “We can now look forward to the next 20 years and beyond.”

For Brader, that means continuing to drive innovation as CEO that embraces customer-driven innovation in broadcast, AV, automation and all of the key vertical markets Barix addresses within these markets. “Just as in the early days, our strategy is to be the first to help businesses turn their IP audio and control visions into reality,” he concludes. “Our customers can count on Barix’s engineering team as an experienced, affordable and hyper-innovative development partner for years to come.”