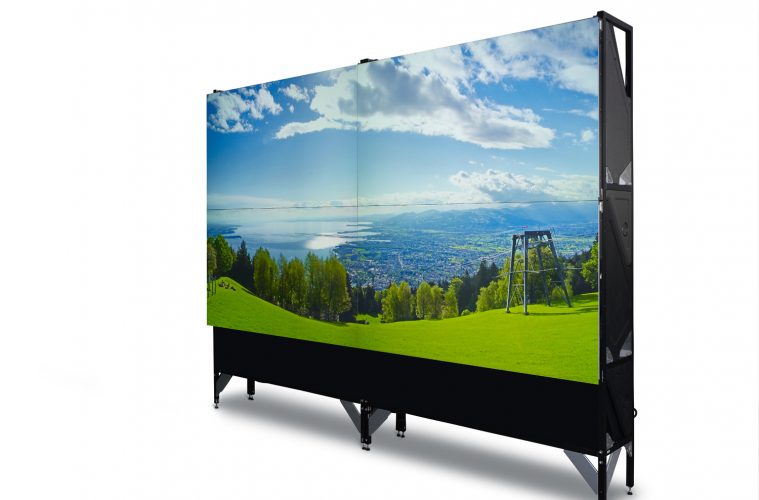 To enable operators to view all the details on the video wall, control rooms have typically operated in dimmed or managed lighting environments. Providing a reported 2x more brightness than mainstream LED-lit video walls, the series has been optimised to allow mission critical control rooms to operate under all lighting conditions – day or night.

The latest generation Barco Sense X automatic calibration technology is integrated into this new generation of RGB laser video-walls. This system continuously measures brightness and colour levels to ensure that the video wall is perfectly calibrated at all times – not only inside the individual cubes, but over the entire video-wall.

Barco says that the series has a power consumption of 25% less (at higher brightness levels) than conventional LED-lit video walls and an energy efficiency of 3x Lumens/Watt.

In addition, thanks to the lower heat production of the laser units and cooling architecture, low-noise fans can be used, further reducing the noise level.

“When designing the Flagship laser series, we were aiming to create the most optimal video wall ever made,” says Gerrit Vermeire, director product management at Barco.

“We kept everything that made our LED-lit OL series so great – including the high level of redundancy, the minimal depth, and the automatic calibration – and combined these features with a powerful laser engine. Plus, a number of new innovations – such as the optional remote and redundant power supplies first introduced with the latest generation of Barco’s LCD video walls – make our first laser-powered video walls truly unique in the market.”

Barco’s Flagship range features a fully motorised engine, meaning installers and maintenance staff need never open the individual cubes to bring the wall into alignment. Instead, the video wall can be perfectly aligned − including keystone correction − by a single technician standing in front of the wall and using a remote control.

“Our Flagship laser series for 24/7 control rooms set a new standard for mission-critical video-walls,” adds Hans Dekeyser, VP strategic marketing I&G at Barco. “They bring the needed brightness and colour-accuracy that previous generations of rear-projection cubes lacked, while even improving energy-efficiency, total cost of ownership, and reliability. What’s more, this new series is a 100% Barco product. All components are completely designed and manufactured in-house. This not only gives us total control over the quality of every component, but we can also guarantee backwards compatibility and serviceability for many years to come. So, as there’s no danger that a component will become unavailable in a few years’ time, your investment is fully safeguarded by the most committed supplier to this market!”

Barco’s Flagship laser display for 24/7 control rooms is available in 16:9 aspect ratio, with a screen diagonal of 70in and Full HD resolution. Different screen options, including Barco’s NoGap screen, are available to guarantee an optimal viewing experience for each application and environment.