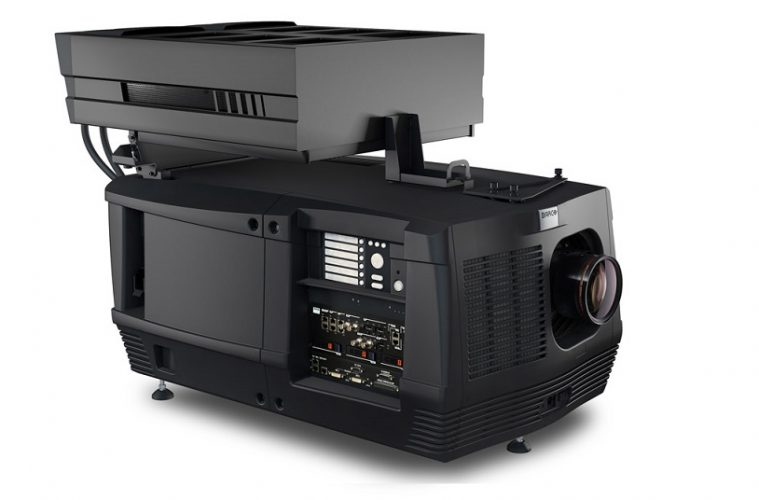 The DP2K-20CLP and DP2K-15CLP boast 18,000 and 13,500 lumens brightness respectively, with exhibitors who already own a Barco cinema projector being offered a laser phosphor retrofit module so they too can benefit from the upgraded technology.

“Exhibitors are constantly looking to offer their audiences superior image quality at a lower cost, and with greater simplicity – and our laser-illuminated projectors meet those demands perfectly,” comments Wim Buyens, senior VP of Barco’s entertainment division.

Laser projectors are becoming increasingly popular as film directors and experts all throw their weight behind the technology.

It’s not just the improvement in picture quality that lasers have going for them either, laser projectors also last longer than traditional lamps – they’re also not as fragile and offer nearly instant on/off operation.

“Thanks to our complementary portfolio of laser projectors it becomes easier for exhibitors to benefit from laser-illuminated projection, irrespective of their screen size, theatre size, or budget. The Barco 6P flagship laser projectors for premium screens offer unprecedented image quality that wows audiences at an attractive total cost of ownership while our brand-new laser phosphor series for the mid-range reduces costs significantly and provides superior image quality,” adds Stijn Henderickx, VP cinema at Barco.

“What’s more, we’re proud to be the first manufacturer to introduce an 18,000-lumen laser phosphor projector for cinema, which is three times the brightness of any other laser phosphor offering in the market.”

Laser projectors are almost as misleading as LED TVs however, as the laser is just the technology that produces the light – much like the light emitting diodes in LCD TVs. Calling them DLP projectors is perhaps more accurate.

The first units of Barco’s laser phosphor series will be installed in China. “This is the result of the outstanding cooperation over many years between the China Film Group and Barco. It symbolises the importance of the China Film Group – Barco partnership and it is a sign of the growing impact of the Chinese cinema industry,” explains Wim.