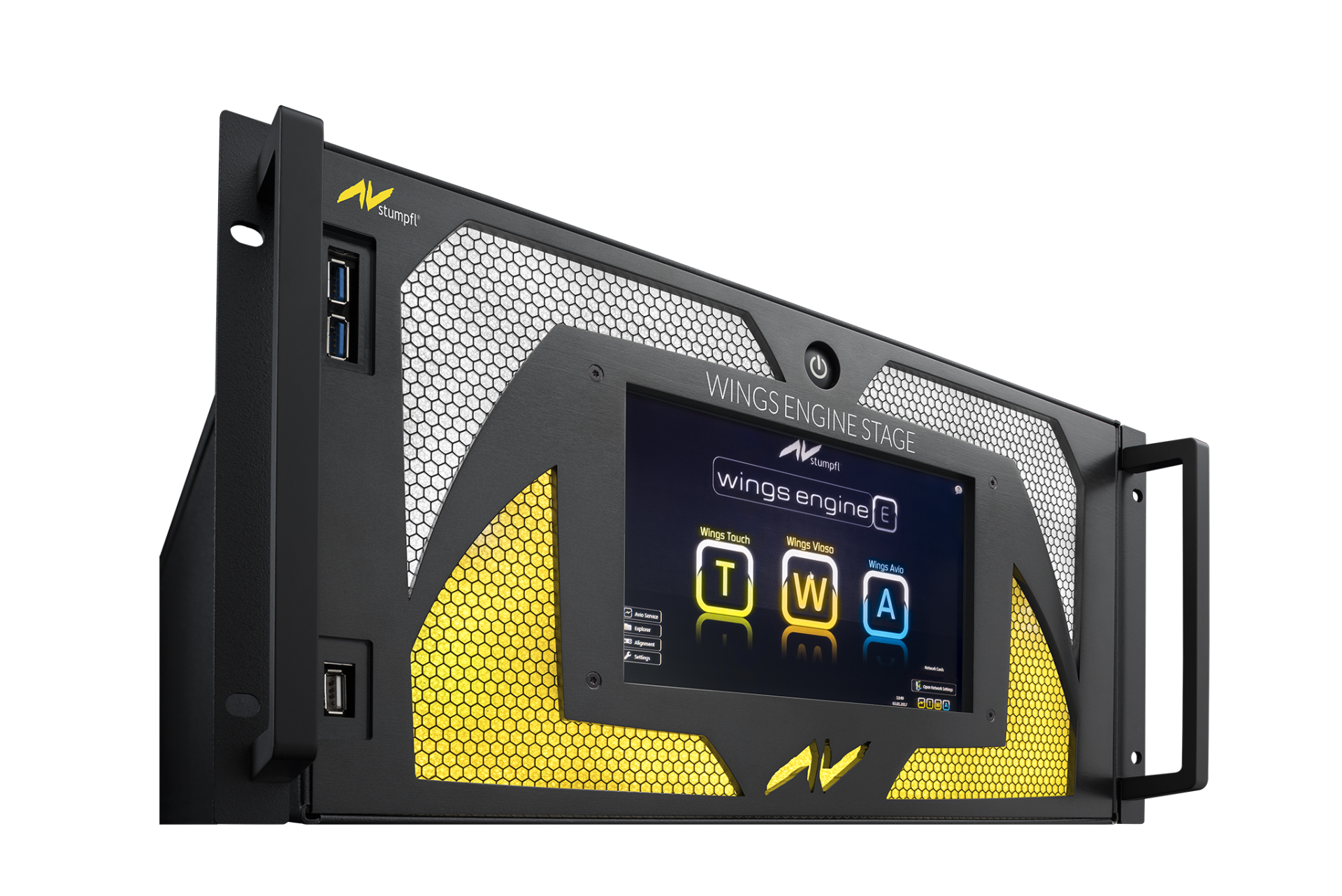 AV Stumpfl’s Wings Engine RAW media server will be serving up 8K footage at ISE 2017, while the company will also showcase some new projection screens.

Commercial installations requiring a media server have often opted for AV Stumpfl’s Wings Engine RAW line-up, as the company has packed in the performance. It claims that it is the only server of its type capable of playing four simultaneous streams of uncompressed 4K content at 60fps, while it can also display video content using a full 12-bit colour space.

While AV Stumpfl has been showcasing its RAW media server at the last few ISE shows in Amsterdam, this year will see the company debut all new Wings Engine Stage hardware, as well as a new UHD and Wings player.

Elsewhere on its ISE 2017 stand, AV Stumpfl will debut a new UHD Player for the very first time. This sold stated media player will be capable of playing files with a UHD resolution of 3840 x 2160 @ 60fps using the H.265 codec. It will also have functionality that will enable users to frame synchronise multiple UHD Players via IP networks.

The Wings Player is lauded as ‘the most compact high-quality media server for fixed installations’, and AV Stumpfl will be keen to show that off at ISE 2017. Its form factor measures 355 x 90 x 220 mm and can either be mounted directly next to the display device (VESA mount), or inside a 19in server rack.

This new digital signage system supports various high quality video codecs with resolutions of up to 4K such as: H.265, ProRes 4:4:4, Animation Pro, HAP, as well as the native playback of uncompressed FHD contents such as TIFF, TGA, DPX or PNG.

One of the Wings Player’s most talked about features is the automatic camera based calibration for flat surfaces. By projecting and analysing different test patterns, the software automatically calculates soft edge blending and geometry warping. This functionality can even be upgraded for 3D mappings or curved screens.

Over the last few years AV Stumpfl has keenly stressed its Wings Engine line-up, but at ISE 2017 it will hark back to its projection screen roots with the Monoclip and Inline screens set to debut.

The Monoclip’s entire frame block unfolds and the snap joints lock automatically, which also means that no parts can get lost during the setup process.

When not being used, roll up screens should be invisible. That is exactly why the Inline system makes the lower screen edge disappear into the casing until it is level with it.

Screen sizes can be customised and will be produced within a short time frame. Depending on the required projection screen dimensions, AV Stumpfl will also manufacture roll up cases in different sizes.

Using an almost noiseless motor with a rubber mounting, which was especially developed for the new Inline system, users supposedly won’t have to worry about unwanted sounds interfering with an audience’s mood while the screen is being rolled up or down.