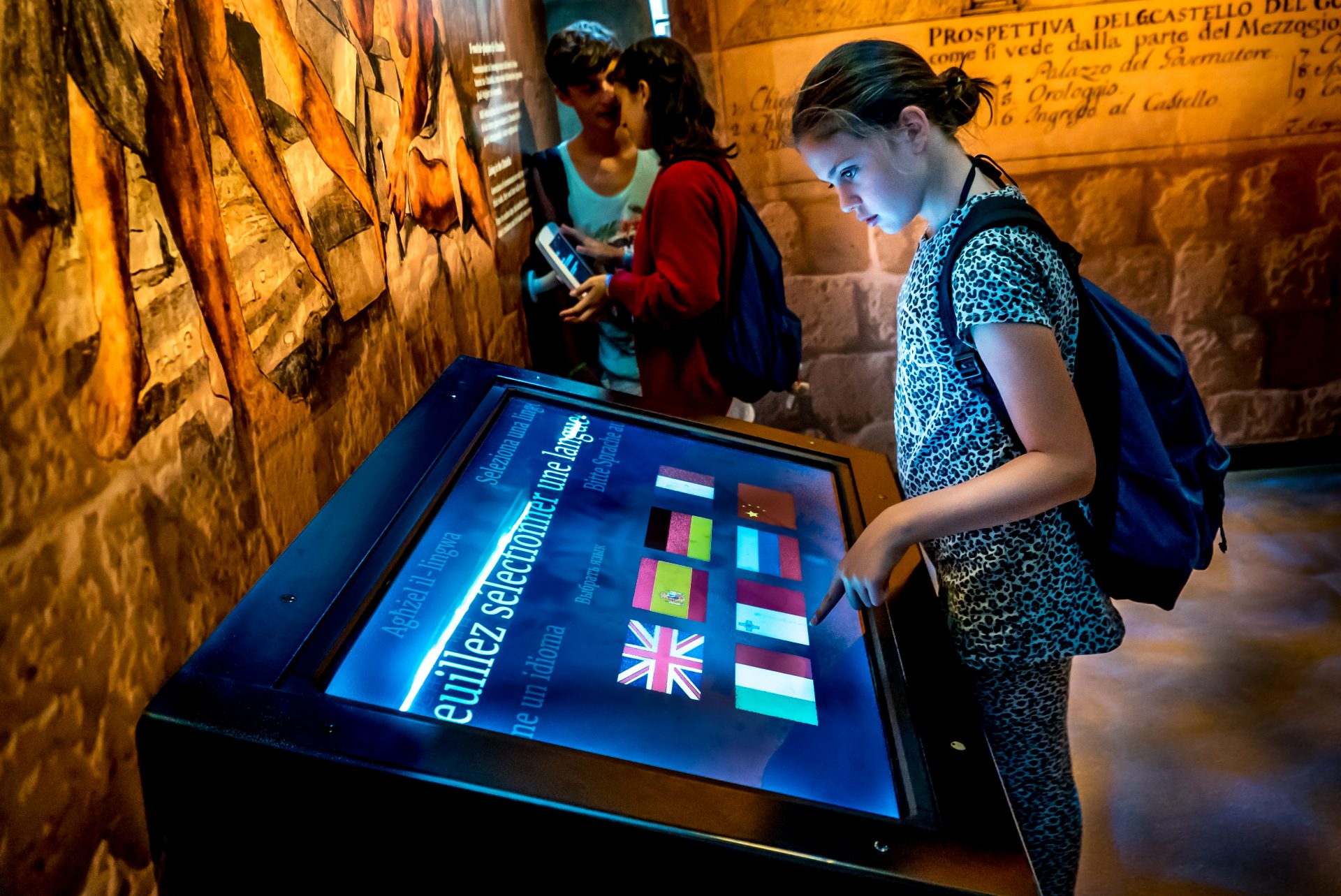 Located in the middle of the Mediterranean, between Europe and Africa, the walled Cittadella on the Maltese Island of Gozo has been of strategic importance since the Phoenicians first set out in boats to trade with their neighbours more than a thousand years before the beginnings of the Roman Empire. Over the centuries the fortifications were regularly extended and improved by whoever had taken possession of the island at the time. Ironically 300 years without a siege meant that it was allowed to lapse into serious decay.

The Maltese government has adventurous plans to restore the Cittadella as a World Heritage site and museum to cater for the wave of tourists beginning to pour on to Gozo for its natural beauty. Renowned museum and attraction design and AV specialists Sarner International were engaged to design and implement an unusual experimental visitors’ centre located in the Cittadella’s abandoned water storage reservoirs.

There are no historical objects on display here; every aspect of the experience is purely audiovisual, although many of the projection surfaces are the ornate architectural elements of the building and require highly detailed image masking. There are three main areas. The exhibition area is divided into seven zones. There is a tunnel that links the exhibition area to the main show area. The main show area can fit a maximum of 30 people for each show lasting just over eight-minutes. Each multi-language zone has interactive display content, with a complete walkthrough.

The final zone is a 360-degree wrap-around projection and sound show using sixteen projectors to cover the interior of one of the domed water reservoirs. This experience is driven by AV Stumpfl Wings Engine Stage with image blending and warping manually implemented by Sarner’s technicians using Wings VIOSO.

The sides of the tunnel walls are each lined with 15 video panels, which are driven by 30 of AV Stumpfl’s Wings FHD Players. A further five Wings FHD Players are used to feed a series of stand-alone projections. The Wings VIOSO system was used to set up and calibrate the intricate masking of the show area. All zones are coordinated through a Wings Stage system, with video timelines handled by AV Stumpfl’s SC Master.

Ross Magri, managing director of Sarner, sums it up: “We’re using technology to visually tell the stories of the people of Cittadella, its land and items of cultural significance. Our technicians have designed an incredible journey; all possible thanks to the reliable, failsafe technology of AV Stumpfl Wings.”

The Cittadella visitors’ centre opened its doors to the public in July 2016 and had already seen its first 100,000 visitors by October that year.