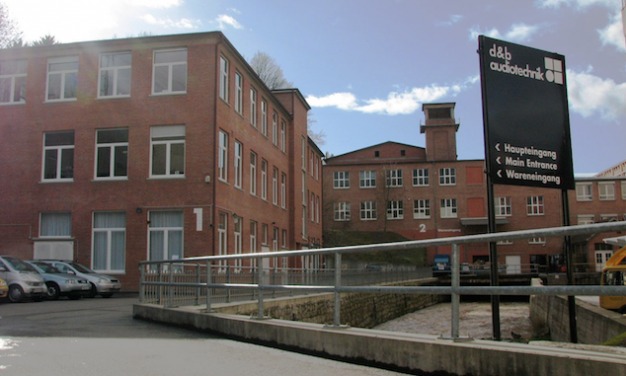 Ardian has been on a spending spree recently, having acquired more than 12 technology companies since 2012. Now it has two more to add to that list; d&b audiotechnik and Gantner.

Dipping into its €2.8bn ‘expansion’ fund, the private equity company, which is best known for its investment in London’s eatery chain ‘EAT’, has managed to grow its assets to over $55bn (£38bn). While the amount spent on d&b audiotechnik is undisclosed, the company reportedly spent £28m acquiring Gantner, the world’s biggest provider of contactless technology to the fitness sector.

Since being bought by Odewald & Compagnie and COBEPA in 2011, d&b audiotechnik has managed to double its revenue from €44 million to €94 million in the financial year 2015. It has also been on a hiring spree, employing 350 people around the world, up from 200 in 2011.

The company operates in over 70 countries globally and is based in Stuttgart, just a stone’s throw away from Ardian’s Frankfurt offices.

Ardian hopes that it will be able to help the company continue its growth, with a particular focus on globalising many of its products. d&b has already seen strong growth in the USA and Asia, two markets Ardian is hoping to see further progress in.

Amnon Harman, CEO of d&b, said: “Everything at d&b is about creating the best sound possible. We are therefore in an excellent position to benefit from the increasing expectations of professional audio technology at events, concerts and large shows worldwide.

“Together with our new shareholder Ardian, we particularly want to further develop in the Asia-Pacific, South American and North American markets and further expand our leading position in our European home market.

“On the product side, we will continue to expand the business with permanently installed systems and the development of new, innovative audio solutions.”

While d&b audiotechnik represents the biggest acquisition, Ardian is expecting to see similar success from its other recent purchase in the tech sector – Gantner.

Currently one of the company’s biggest clients is FitnessFirst, but it’s thought that it’s contactless technology platform could be expanded into more sectors. The company has already shown its ability to grow its revenue, with full-year sales in 2015 up 20% from 2014.

Elmar Hartmann, Gantner’s managing director, says: “In Ardian we have found an entrepreneurial partner who not only understands our business but who will also support us in accelerating our international expansion.”

Dirk Wittneben, a partner at Ardian, said the firm would “offer Gantner support through our international network as it moves to enter new markets”.