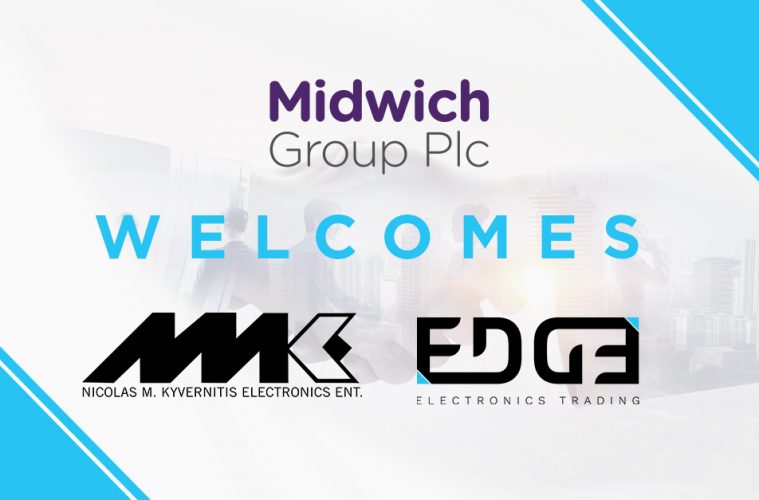 Midwich is pleased to announce it has entered into a binding agreement to acquire a majority stake in NMK Electronics Enterprise, NMK Middle East FZE and Edge Electronics Trading LLC (collectively “the NMK Group”). The NMK Group is a distributor of AV products and represents Midwich’s entry into the Middle Eastern market.

Currently based in Dubai, NMK was originally founded in Sharjah in 1987 by Nicolaos Kyvernitis. Through its operations in Sharjah and Dubai, the business supplies specialist AV products to customers in the UAE and the wider Gulf region, along with Edge Electronics, based in Doha, supporting customers in Qatar. The NMK Group will continue to be led by the existing management team who will retain a stake in the business, comprising of Alex Kemanes (Managing Director) and Constantinos “Dino” Drimakis (Director – Business Development) who were both mentored and trained by the founder. After serving 33 years in the regional audio industry, Nicolaos Kyvernitis will go on to retire from the business following a period of transition, post-completion.

NMK is a specialist audio and visual distributor with a strong heritage in the professional audio market where the business operates with high-end specialist brands, such as Shure and Bose. More recently, NMK has expanded its technology offering, including the addition of key video brand Epson to its portfolio. Through this increasingly diversified portfolio, the business generated revenues of over AED 100 million in 2019.

NMK serves customers across a spectrum of vertical applications, core of which are the retail, live-events/venues, rental sector and fixed install projects. As well as holding a substantial local stock, NMK also provides a host of ancillary services, such as project design, system assembly, servicing and repairs.

The NMK Academy also hosts regular vendor training events in the classroom, online as well as on a one-to-one basis to cater for specific customer needs. These sessions are run by NMK’s in-house technical team alongside manufacturers, who also provide similar training events in locations throughout the rest of the UAE and internationally.

The Middle Eastern market is one of the fastest growing AV markets in the world. The deal further expands Midwich’s geographical footprint, enabling the Group to extend the support it can provide to customers and vendors internationally. The investment also further delivers on the Midwich Group’s strategy to grow earnings both organically and through the selective acquisition of strong, complementary businesses. The deal follows the acquisition of US distributor Starin Marketing Inc. earlier in the year.

Stephen Fenby, the Midwich Group Managing Director, comments: “This is an exciting day for the Midwich Group. It not only marks the Group’s entry into one of the fastest growing AV markets in the world, but also means we now have a presence in all    major global territories.  This means the Midwich Group has a truly global footprint, and ensures we are able to support our customers across all key geographies.

NMK has built a strong reputation for service and its value-add model is an excellent fit with Midwich’s global offering. We are looking forward to working with Alex, Dino and the rest of the NMK Group team to support their growth ambitions and to further enhance our group proposition.

I would also like to take this opportunity to thank Nicolaos Kyvernitis for his support, and to wish him well in the future.”

Nicolaos Kyvernitis, Founder and Managing Director of NMK Group explains: “After serving this regional audio industry for almost 35 years, I believe this is the right time to move forward. I am confident that I leave my employees in good hands as Stephen’s team share the same vision, which is why we considered Midwich as the only suitable partner for us to move forward. That said, we sincerely wish from the bottom of our hearts the best of luck to Alex and Dino and the rest of the group, in continuing the legacy of NMK Electronics Ent.”

Alex Kemanes, Managing Director of NMK Group says: “In line with our objective to become the Middle East’s leading AV distributor both Dino and I consider this merger with Midwich to be the best fit for NMK. We are confident that in Midwich we have obtained a great partner with a dynamic team, vast geographic reach and immense experience in the AV industry. I look forward to facing the future with our engine roaring joined by a team with a great vision, determination and aspiration.”

Dino Drimakis, Director – Business Development of NMK Group concludes: “Having worked at NMK for over a decade, I feel excited for the next chapter in NMK’s history. A merger with a company of Midwich’s magnitude was a natural progression. NMK has always been innovating and propelling the AV distribution industry forward in the Middle East. We now have a global partner offering support and services across the globe. Filling Mr Nicolaos’ shoes will be an enormous task which Alex and I feel confident and ready for. We are supported by a solid team of diverse, dynamic and committed people.” 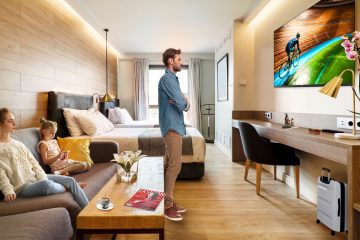