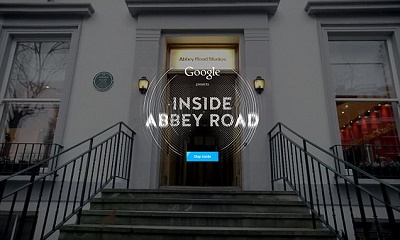 Ever wanted to set foot in Abbey Road Studios? Well now you can thanks to a partnership between Google and Abbey Road.

Abbey Road Studios is famous for being the recording studio used by some of the greatest names in music – including The Beatles, Cliff Richard, Pink Flloyd and even Star Wars composer, John Williams. And now, through a virtual reality tour, users will be able to get a first-hand glimpse on what makes Abbey Road Studios the world-renowned location that it is.

The virtual tour is led by Giles Martin, the son of the late Beatles producer Sir George Martin. Giles will lead visitors around the studios in nine parts, exploring everything from Studio Three’s mirrored drum room and Abbey Road’s mastering suites to a recording session in Studio One with the London Symphony Orchestra in full surround sound.

Users can access the Abbey Road Studios virtual tour on their Android smartphone by downloading the App from the Google Play Store. From there all that’s needed is one of Google’s inexpensive Cardboard VR headsets – and that’s it.

Abbey Road Studios is just the latest case of the commercial sector adopting virtual reality technology. eBay-owned StubHub has also showcased how businesses could benefit from virtual reality by allowing its customers to experience the seats they plan to buy for concerts, ahead of actually going to the venue. Ideal when you’re buying second-hand tickets.

Could VR Make High-End Home Cinemas A Thing Of The Past?